WASHINGTON (AP) - The Federal Reserve intensified its fight against high inflation on Wednesday, raising its key interest rate by three-quarters of a point — the largest bump since 1994 — and signaling more rate hikes ahead as it tries to cool off the U.S. economy without causing a recession.

The unusually large rate hike came after data released Friday showed U.S. inflation rose last month to a four-decade high of 8.6% — a surprise jump that made financial markets uneasy about how the Fed would respond. The Fed's benchmark short-term rate, which affects many consumer and business loans, will now be pegged to a range of 1.5% to 1.75% — and Fed policymakers forecast a doubling of that range by year's end.

"We thought strong action was warranted at this meeting, and we delivered that," Fed Chair Jerome Powell said at a news conference in which he stressed the central bank's commitment to do what it takes to bring inflation down to the Fed's target rate of 2%. Getting to that point, he said, might result in a slightly higher unemployment rate as economic growth slows.

Powell said it was imperative to go bigger than the half-point increase the Fed had earlier signaled because inflation was running hotter than anticipated — causing particular hardship on low-income Americans. Another concern is that the public is increasingly expecting higher inflation in the future, which can become a self-fulfilling prophecy by accelerating spending among consumers seeking to avoid rising prices for certain goods.

The central bank revised its policy statement to acknowledge that its efforts to quell inflation won't be painless, removing previous language that had said Fed officials expect "the labor market to remain strong."

"It’s going to be a far bumpier ride to get inflation down than what they had anticipated previously," said Matthew Luzzetti, chief U.S. economist at Deutsche Bank. 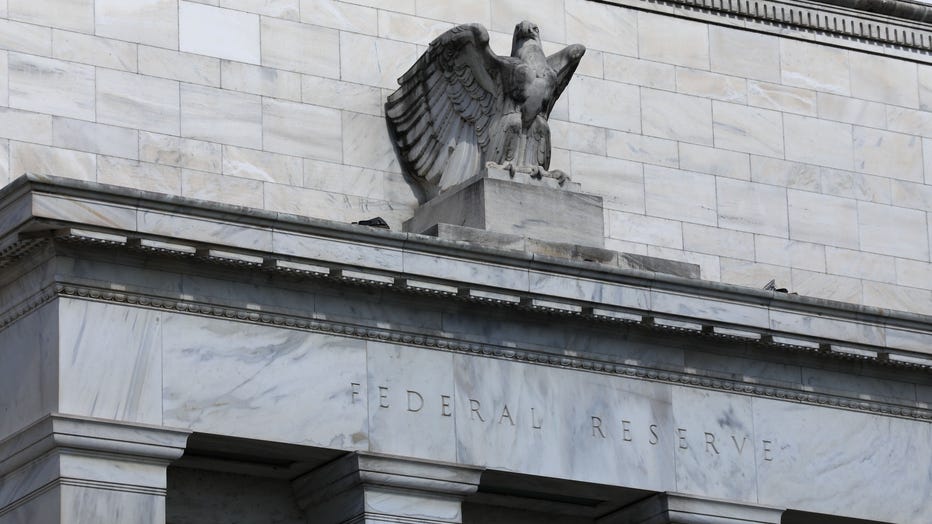 Fed officials forecast unemployment ticking up this year and next, reaching 4.1% in 2024 — a level that some economists said would risk a recession.

Yet Powell largely stuck to his previous reassurances that — with unemployment near a five-decade low, wages rising, and consumers' finances mostly solid — the economy can withstand higher interest rates and avoid a recession.

"We’re not trying to induce a recession now," he said. "Let’s be clear about that. We’re trying to achieve 2% inflation."

RELATED: Inflation reaches new 40-year high in May with no sign of slowing down

Powell said that another three-quarter-point hike is possible at the Fed’s next meeting in late July if inflation pressures remain high, although he said such increases would not be common.

Some financial analysts suggested Powell struck the right balance to reassure markets, which rallied on Wednesday. "He hit it hard that ‘we want to get inflation down’ but also hit hard that ‘we want a soft landing,’ ’’ said Robert Tipp, chief investment strategist at PGIM Fixed Income.

Still, the Fed’s action on Wednesday was an acknowledgment that it’s struggling to curb the pace and persistence of inflation, which is being fueled by a strong consumer spending, pandemic-related supply disruptions and soaring energy prices that have been aggravated by Russia's invasion of Ukraine.

Inflation has shot to the top of voter concerns in the months before Congress’ midterm elections, souring the public’s view of the economy, weakening President Joe Biden’s approval ratings and raising the likelihood of Democratic losses in November.

Biden has sought to show he recognizes the pain that inflation is causing American households but has struggled to find policy actions that might make a real difference. The president has stressed his belief that the power to curb inflation rests mainly with the Fed.

Yet the Fed’s rate hikes are blunt tools for trying to lower inflation while also sustaining growth. Shortages of oil, gasoline and food are contributing to higher prices. Powell said several times during the news conference that such factors are out of the Fed’s control and may force it to push rates even higher to ultimately bring down inflation.

Borrowing costs have already risen sharply across much of the U.S. economy in response to the Fed’s moves, with the average 30-year fixed mortgage rate topping 5%, its highest level since before the 2008 financial crisis, up from just 3% at the start of the year.

Over the next two years, the officials are forecasting a much weaker economy than was envisioned in March. They forecast growth will be 1.7% this year and next. That's below their outlook in March but better than some economists’ expectation for a recession next year.

Even if the Fed manages the delicate trick of curbing inflation without causing a downturn, higher rates will nevertheless inflict pressure on stocks. The S&P 500 has already sunk more than 20% this year, meeting the definition of a bear market.

On Wednesday, the S&P 500 rose 1.5%. The two-year Treasury yield fell to 3.23% from 3.45% late Tuesday, with the biggest move happening after Powell said not to expect three-quarter percentage point rate hikes to be common.

Other central banks are also acting to try to quell inflation, even with their nations at greater risk of recession than the U.S.

The European Central Bank is expected to raise rates by a quarter-point in July, its first increase in 11 years. It could announce a larger hike in September if record-high levels of inflation persist. On Wednesday, the ECB vowed to create a market backstop that could buffer member countries against financial turmoil of the kind that erupted during a debt crisis more than a decade ago.

The Bank of England has raised rates four times since December to a 13-year high, despite predictions that economic growth will be unchanged in the second quarter. The BOE will hold an interest rate meeting on Thursday.