The band teacher took the kids to visit the DSO and stopped for lunch at Niki's Pizza, which is attached to Niki's Lounge. The students were moved from Niki's Pizza due to lack of available space to the lounge - and that's when some of them started playing on the poles.

ROCHESTER HILLS, Mich. (FOX 2) - The Rochester Communities school district is under fire after sixth-graders were pictured practicing pole dancing while on a class field trip. The trip happened back in November and the picture surfacing on social media after it was brought to the attention of a school board trustee.

The band teacher took the kids to visit the Detroit Symphony Orchestra on Nov. 16th, and stopped for lunch at Niki's Pizza, which is attached to Niki's Lounge. The students were moved from Niki's Pizza due to lack of available space to the lounge - and that's when some of them started playing on the poles.

"The environment is inappropriate for students," said Rochester School Board member Andrew Weaver. "This is not a place where we should have students on a sanctioned school trip.

"If they knew students were going to end up in Niki's Lounge, before the trip started, that should've been clearly communicated, that wasn't."

Approximately 140, mostly 6th graders from Hart middle school in Rochester Hills plus 29 chaperones and staff were on the field trip. The trustee is calling for an investigation saying the teacher showed poor judgment.

Apparently after some pizza, a couple of students found some poles.

FOX 2: "They are decorations according to Niki's Pizza."

"So I invite anyone to go on their website, and see what goes on in that bar, they are not decorations," Weaver said. "If I know kids are going to be eating in an adult establishment, that is designed for adult entertainment, I would say the students should not be in that environment."

The owner of Niki's Pizza did not want to go on camera but she said this is not a strip joint, and never has been a strip joint -and anyone who said that or insinuates that it might be a strip joint - is "just wrong. " And she's insulted by that.  She says, it's "a pizza place."

And in a statement from the Rochester Community Schools, Lori Grein said, "At no time were students exposed to inappropriate activity during the field trip. Any questions or concerns from the parents and caregivers whose student attended the field trip were addressed immediately by school administrators."

"I would welcome to being brought up in a public board meeting, so parents can address whether they feel the environment was inappropriate," Weaver said. 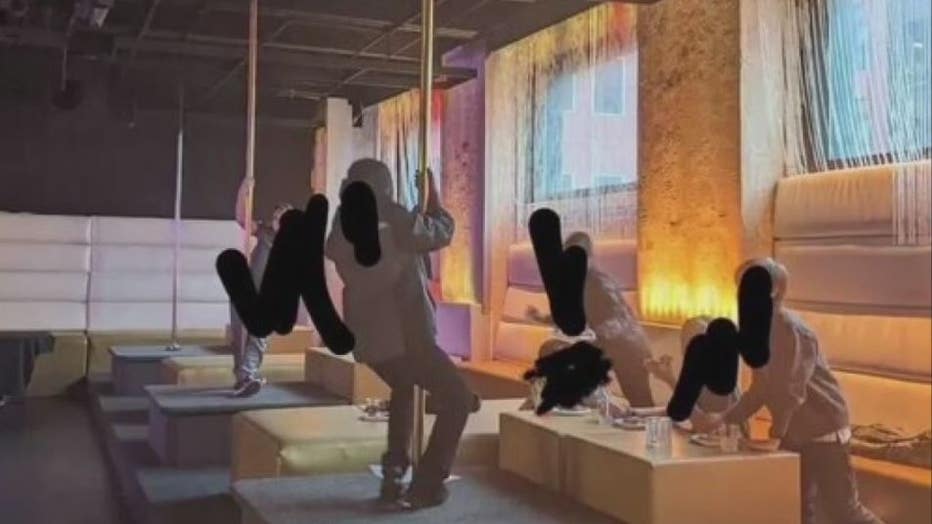