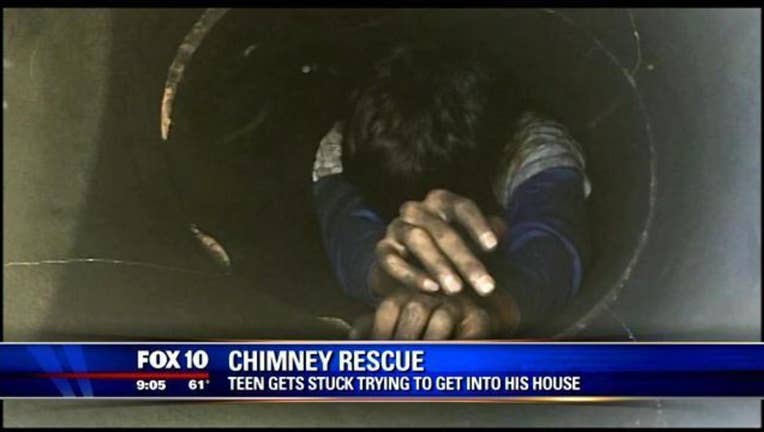 TUCSON, Ariz. (AP) - Firefighters rescued a teenage boy who was stuck in a chimney at a Tucson home.

Firefighters arrived to find a 16-year-old boy stuck about 6 feet below the top of the chimney.

They were able to lower a rope down into the chimney and hoist the teenager out of the chimney.

The teen was covered in soot but was unharmed and didn't require any medical attention.

Fire officials say the teen was locked out of his house with his younger brother and was trying to find a way in.

The name of the teenager wasn't released.