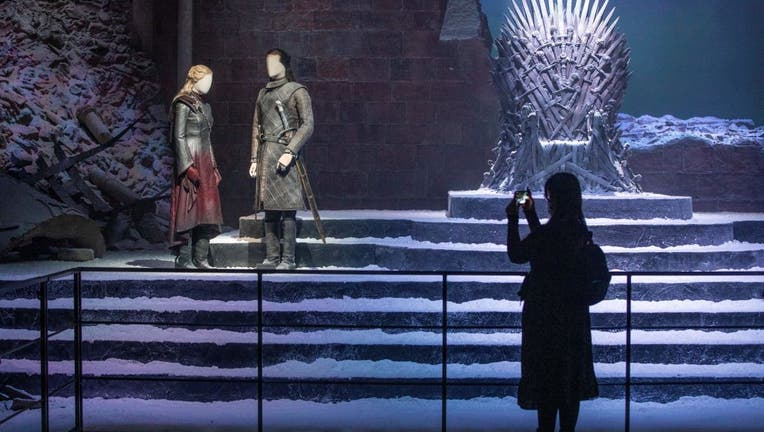 A visitor takes pictures of a "Game of Thrones" set featuring the Iron Throne and statues of characters Daenerys Targaryen (L) and Jon Snow during a press preview of the "Game of Thrones" studio tour in Banbridge in Northern Ireland on February 2, 20

BANBRIDGE, Northern Ireland - "Game of Thrones" fans will be able to immerse themselves in some of the most iconic locations of the series with the unveiling of an official studio tour.

The new "Game of Thrones" Studio tour lets fans of the show journey to the far edges of the lands of Westeros, beyond the wall or even see the destruction of the iconic throne room in King’s Landing.

The studio tour officially opens Feb. 4 and is located at Linen Mill Studios in Banbridge, Northern Ireland, one of several locations where the iconic show was filmed.

A variety of costumes, props and other sets will also be on display.

"Delve into the world behind the screen, from the earliest concepts and designs to the jaw-dropping final cuts. Learn from the award-winning artists who helped bring it all to life," writes the official website for the tour.

Fans will have the chance to view with their very eyes iconic memorabilia including Jon Snow’s fabled "Longclaw" blade along with other fantastic weapons featured on the hit HBO series. 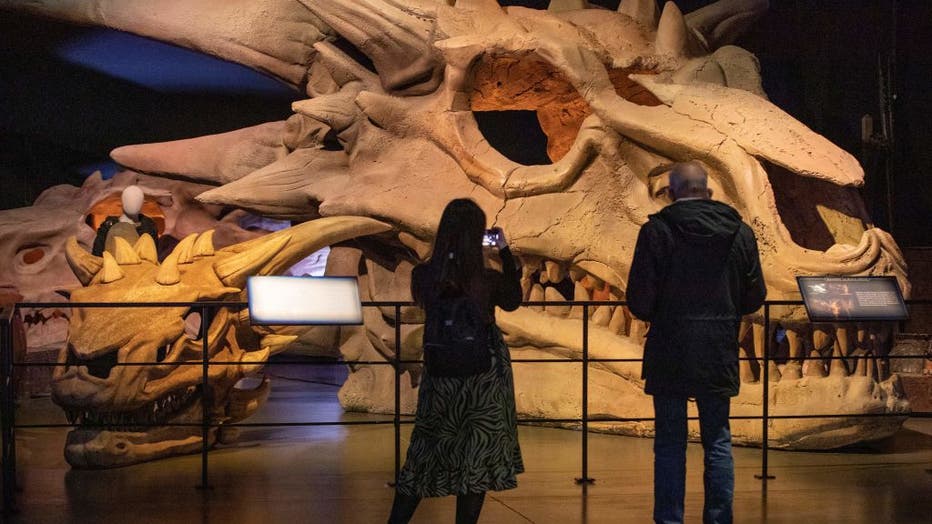 People take pictures of mock dragon skulls during a press preview of the "Game of Thrones" studio tour in Banbridge in Northern Ireland on February 2, 2022. - The new interactive attraction promises to transport fans into the very heart of the Seven

The attraction marvels at a whopping 110,000 square feet and showcases the Great Hall of Winterfell, sets from King’s Landing, Dragonstone as well as several other interactive experiences.

The fantasy drama series, which is set in the fictional kingdom of Westeros, attracted a broad, international fan base and received 47 Primetime Emmy Awards. The show is an adaptation of Martin's "A Song of Ice and Fire" novels and began shooting in 2011.

The series concluded after eight seasons on HBO in 2019. A "Game of Thrones" prequel titled "House of the Dragon" is expected to release on HBO later this year.

"House of the Dragon" will be set 300 years before the events of "GoT" and stars Paddy Considine as King Viserys Targaryen, Olivia Cooke as Alicent Hightower, Emma D’Arcy as Princess Rhaenyra Targaryen, Matt Smith as Prince Daemon Targaryen, per HBO.