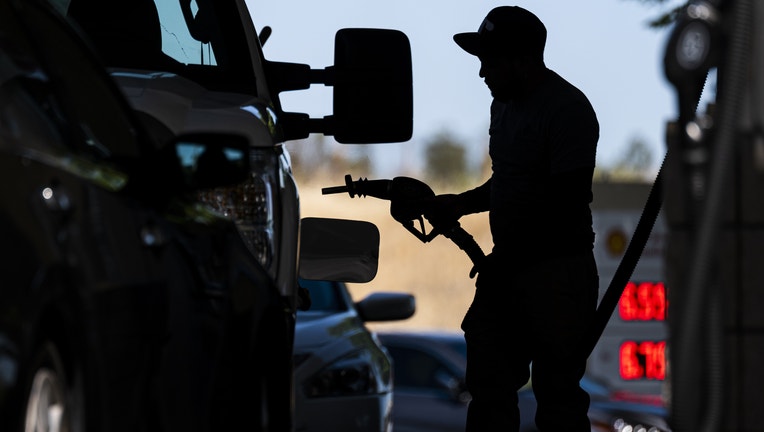 PHOENIX - Calls by President Joe Biden on June 22 for a pause on gas and diesel taxes have once against sparked debate over gas tax and high gas prices amid the current environment of high inflation.

"It doesn’t reduce all the pain, but it will be a big help," the President said. "I’m doing my part. I want Congress, states and industry to do their part as well."

Here's what you should know about the gas tax, as well as why some people are not onboard with the President's proposal.

How much is the gas tax?

According to the U.S. Energy Information Administration, there is an 18.3 cents per gallon federal excise tax for gas, as well as a Leaking Underground Storage Tank (LUST) Fee of 0.1 cents per gallon.

For Diesel, the excise tax is 24.3 cents per gallon. The LUST Fee is the same.

For diesel, EIA data shows taxes only account for 10% of the per-gallon cost, with crude oil, refining, and distribution and marketing accounting for 47%, 25% and 17% of the cost, respectively.

What do they use the gas tax for? 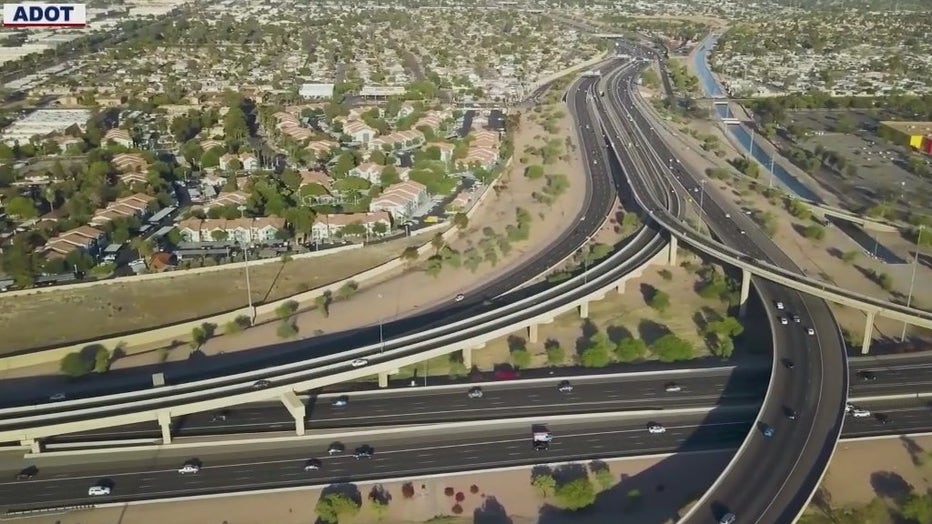 According to the U.S. Department of Transportation's Bureau of Transportation Statistics, gas and diesel taxes collected by the federal government is the primary funding source for the Highway Trust Fund.

The HTF, which was established by a law passed in the 1950s, is described by federal officials as the source of revenue for the interstate highway system, along with other federal-aid highway programs.

Gas taxes collected on the state level are also used for similar purpose. In Arizona, gas taxes, along with a number of taxes and fees, are deposited into what is known as the Highway User Revenue Fund. ADOT officials say funds deposited into the HURF are distributed to the cities, towns and counties, as well as to the State Highway Fund.

"These taxes represent a primary source of revenues available to the state for highway construction, improvements and other related expenses," read a portion of the ADOT website.

How are they going to make up the lost gas tax revenue, if a holiday is approved?

White House officials, in their statement in the issue, expect the gas tax holiday, as proposed, to cost roughly $10 billion. The cost, officials state, can be offset by using other government revenues.

Officials, however, did not specify any new revenue sources.

How much could I save if the federal gas tax is paused?

The administration is saying that gas tax suspensions at the federal and state levels, as well as energy companies pouring their profits into production and refining capacity, could cut gas prices by $1 a gallon.

Unfortunately, it has been reported that the gas tax holiday proposal is unlikely to pass Congress.

Why are politicians opposed to the plan?

The AP is reporting that many lawmakers, including some Democrats, have expressed reservations with the gas tax holiday plan.

House Speaker Nancy Pelosi said lawmakers "will see where the consensus lies on a path forward" for Biden's plan, but she and other congressional Democrats have long worried that suspending the gas tax would allow oil companies to reap additional profits with no guarantee the savings would be passed along to consumers.

Rep. Peter DeFazio, D-Ore., chairman of the House Transportation and Infrastructure Committee, said he opposes the tax suspension in part because it provides minuscule relief and could become permanent. "You know what happens in this town: you suspend the tax, it's gone forever," he said Wednesday. "I do not want to compromise the highway trust fund. We have not raised the gas tax since 1993, and it's worth 6 cents now compared to 1993. No, I do not support in any way degrading that contribution to rebuilding our crumbling infrastructure."

Senate Republican leader Mitch McConnell, meanwhile, mocked the gas tax holiday as an "ineffective stunt," while Rep. Cathy McMorris Rodgers, R-Wash. called it a "political band-aid" that would do little to lower costs at the gas pump.

The plan also could have long-term consequences on road safety and improvements by diverting funds away from infrastructure projects across the country, added McMorris Rodgers, the top Republican on the House Energy and Commerce Committee. "Under President Biden's proposal, people will be forced to drive on unsafe, potholed roads to get the gas they can't afford," she said.

So, what do experts say about a gas tax holiday?

A Penn Wharton Budget Model analysis says recent suspensions of state gasoline taxes in Maryland, Georgia and Connecticut were mostly passed onto consumers in the form of lower gas prices.

About 72% of tax savings in Maryland were passed onto consumers, up to 65% in Georgia and up to 87% in Connecticut, the report says. However, the price reductions were not sustained during the entire tax holiday, and prices rose once the holiday was lifted, the report said.

Marc Goldwein, a senior policy director for the nonpartisan Committee for a Responsible Federal Budget, said the gas tax holiday would not make a dent in inflation or produce big savings at the pump. He also worried it may not be temporary, as the White House suggested.

"Do we really think in three months gas prices will be down? Are we going to raise prices right before an election?" Goldwein asked in an interview.

Mark Zandi, chief economist at Moody's Analytics, said high gas prices are "the number one financial problem for many American households," especially those with low incomes.

While small, a gas tax holiday "is a step to help these households," Zandi said.

"They're under a lot of pressure because of the high gasoline prices. And this is intended to provide some temporary relief. I mean, it's pretty obvious why the administration is focused on this."

What else has Biden done to help lower gas prices?

President Biden, in prior months, has ordered the release of oil from the U.S. strategic reserve, as well as allowing for greater ethanol blending during the summer months.

The efforts, however, have not delivered savings at the pump.

What else is he doing to help lower gas prices?

The president has also called on energy companies to accept lower profit margins to increase oil production and refining capacity for gasoline.

However, the president can do remarkably little to fix prices that are set by global markets, profit-driven companies, consumer demand and aftershocks from Russia's invasion of Ukraine and the embargoes that followed. The underlying problem is a shortage of oil and refineries that produce gas, a challenge a tax holiday cannot necessarily fix.

What are some businesses doing to help alleviate the pain at the pump?

(Related Video) Phoenix gas station selling fuel way below the average: 'We are helping our community'

In Phoenix, the owners of a gas station who practice the Sikh religion have decided to help people by lowering their gas prices to $4.99 per gallon for regular.

"We are trying to help our customers, our neighborhood, our community, so they can save some money. They can spend that money on something else like food, lunch, dinner," said CK Food Mart owners Jaswinder Singh and Ramandeep Kaur.

Many customers have said they are grateful beyond measure.

"I drove 95 miles yesterday for work," said Cher Lindsey. "This is just an opportunity I couldn't pass up, and I'm just grateful for it."