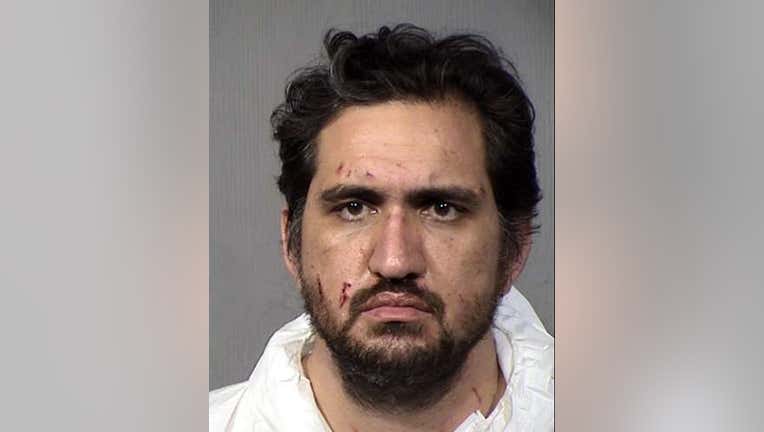 GILBERT, Ariz. - Gilbert Police officials have announced the arrest of a man in connection with the death of a 73-year-old man earlier in October.

According to a statement, 32-year-old Jacob Samia was arrested on Oct. 26 in connection with the death of Frank Bernal. Bernal was found unconscious at a home near Cooper and Warner Roads on Oct. 11 by officers who were responding to a criminal damage call in the area.

Investigators say an investigation revealed a blood trail that led to a home from the scene of the alleged criminal damage incident, where officers found a person on the ground. Court documents redacted the victim's identity, but Gilbert Police officials identified the victim as Frak Bernal.

Bernal, according to officials, was found with injuries, and appeared to have been beaten. He was taken to the hospital, but subsequently died without ever regaining consciousness.

"Samia was booked into the Maricopa County Sheriff's Office Jail on first degree murder charges," read a portion of the statement.