GLENDALE, Ariz. - Glendale Police are investigating an officer-involved shooting at a Taco Bell near 43rd and West Dunlap Avenues.

Just after 5 p.m. on Monday, a security guard for a business complex called the police to report a man who had his head covered by some kind of material in the parking lot, acting erratic and swinging some kind of object.

Police say officers arrived at the scene and found the man, identified as 31-year-old Matthew Rasmussen, still covered by the material. Officers attempted to calm Rasmussen down, but he didn't respond.

"Due to the caller’s concern regarding the displayed behavior of him swinging an object around in a public area with foot traffic nearby as well as the officer’s perceived threat to those around, officers determined that he needed to be detained," stated Sgt. John Roth.

Police say the officers tackled Rasmussen in an attempt to detain him, but a scuffle ensued and the suspect tried to stab them. That's when an officer shot Rasmussen.

"They’re talking to him saying, 'hey, buddy.. lay down.. will get you a doctor.. will get you help.. we need to lay down.' He was completely ignoring them.. he was holding something.. it was like maybe six inches long, didn’t look like a gun, but it could’ve been a knife and anyways, they tackled him immediately.. the patient started swinging back and about four shots were fired, maybe three shots," said Nicolas Stein, a witness. 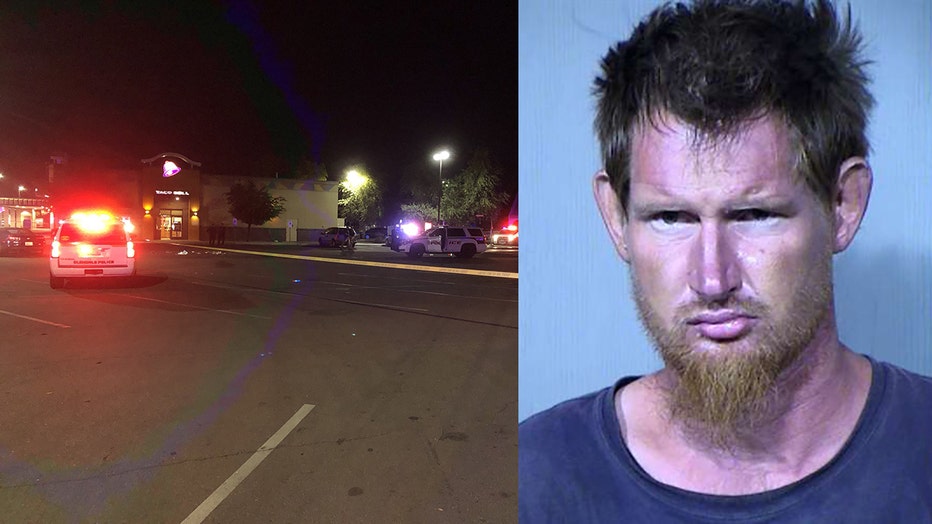 "Once the officers went hands-on with the subject, he produced what was described as 12 to 16-inch metal surgical tool and began to swing it at both the officers in a stabbing motion directed at the officer's head and upper chest areas.  Due to the immediate threat of bodily harm from the metal object, one of the officers discharged his duty weapon striking the subject multiple times," explained Roth.

Police say the investigation is ongoing at this time and Rasmussen was found to be in possession of 12-inch metal forceps. He was transported to an area hospital for treatment but did not survive his injuries. 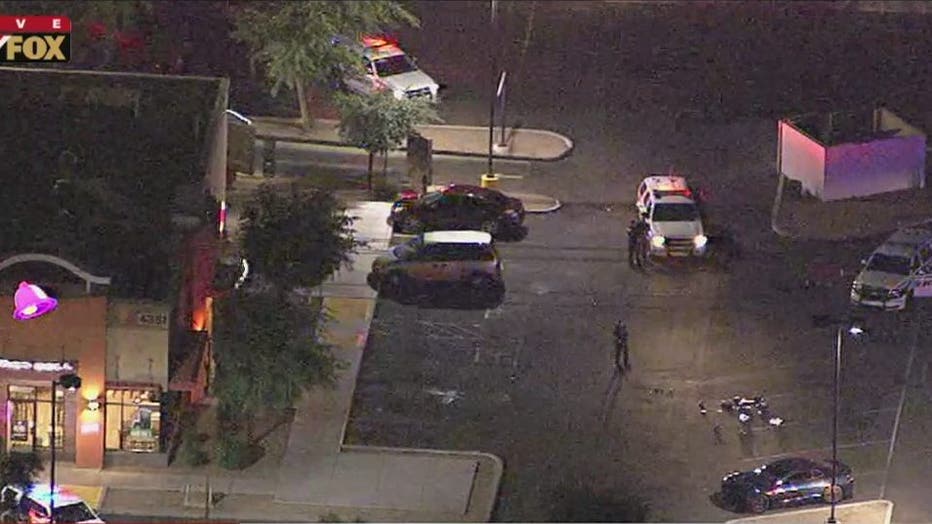