LOS ANGELES - Israel this week became the first nation in the world to ban the sale of animal fur for fashion purposes.

Gila Gamliel, the country’s environmental protection minister, on Wednesday signed new legislation which goes into effect in December this year.

The historic amendment bans the sale of fur for "fashion purposes," Gamliel said in a post on her Facebook page.

"The fur industry is killing hundreds of millions of animals in the world and involves unspeakable cruelty and suffering. Together, we will make the Israeli fashion market more environmental and make kindness with animals," Gamliel said.

The move was widely celebrated by animal rights groups including PETA, which called the new regulation a victory for animals who "suffer and are killed for human vanity."

The regulation in Israel follows a similar move in California, which became the first U.S. state to ban the sale and manufacture of new fur products.

The fur law, which was signed by Gov. Gavin Newsom in 2019, bars residents from selling or making clothing, shoes or handbags with fur starting in 2023.

Animal rights groups cheered the measure as a stand against inhumane practices. The proposal was vigorously opposed by the billion-dollar U.S. fur industry, and the Fur Information Council of America has already threatened to sue.

It followed Newsom’s signing of legislation that made California the first state to outlaw fur trapping and follows bans on sales of fur in Los Angeles and San Francisco.

"California is a leader when it comes to animal welfare, and today that leadership includes banning the sale of fur," Newsom said in a statement. "But we are doing more than that. We are making a statement to the world that beautiful wild animals like bears and tigers have no place on trapeze wires or jumping through flames." 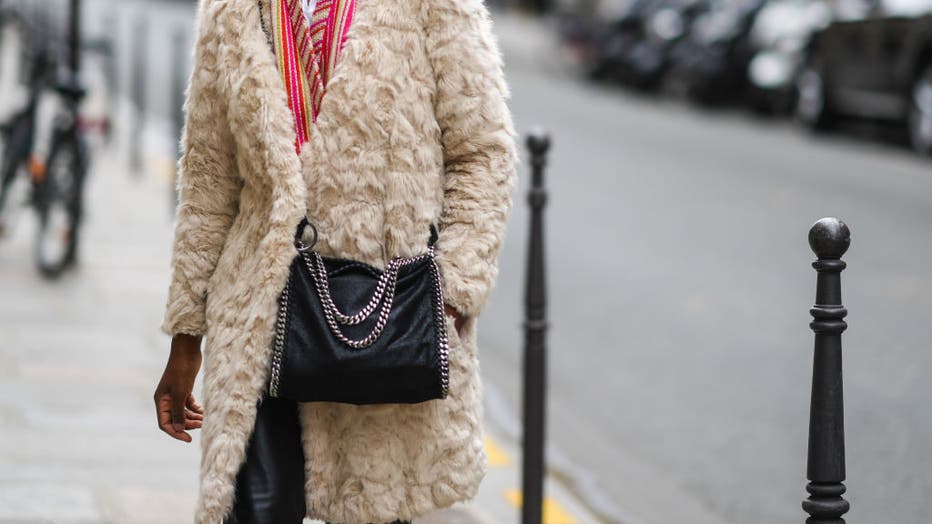 The movement to outlaw fur eventually made its biggest push in the fashion hub of New York City when in 2019, lawmakers proposed a measure to ban all new fur products in the city.

At the height of the fur business in the last century, New York City manufactured 80% of the fur coats made in the U.S, according to FUR NYC, a group representing 130 retailers and manufacturers in the city. The group says New York City remains the largest market for fur products in the country, with real fur still frequently used as trim on coats, jackets, and other items.

Elsewhere, Sao Paulo, Brazil, began its ban on the import and sale of fur in 2015. Fur farming was banned in the United Kingdom in 2000, and in 2018 London fashion week became the first major fashion event to go entirely fur-free.

This story was reported in Los Angeles. The Associated Press contributed.