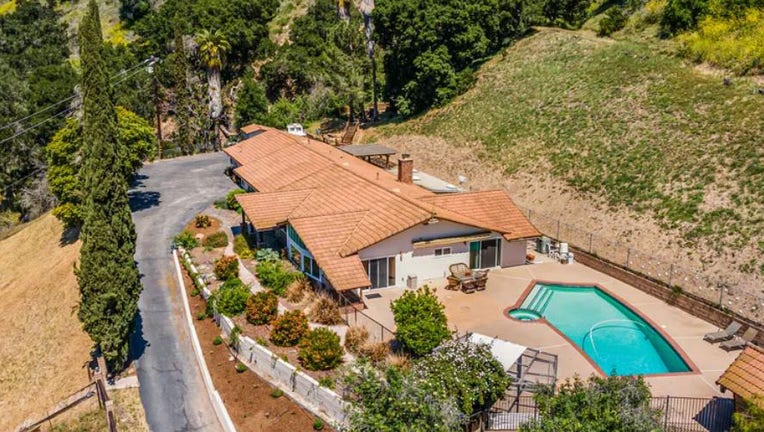 Johnny Cash may have traveled "everywhere" — but his Casitas Spring ranch, where he lived for six years, is now officially on the market.

The country music legend, who died in 2003 at age 71, built the Ventura, California, home from the ground up after purchasing the plot of land in 1960.

Now, Douglas Elliman co-agents Adam McKaig and Melissa Borders are listing the property for $1,795,000 — but McKaig told Fox News Digital he’s expecting the house to sell for more than the asking price.

"The interest will generate a higher price," the realtor said during a phone call.

McKaig revealed that most buyers who have already expressed interest are big families and/or Cash fans from "all over the world."

Cash originally built the five-bedroom, four-and-a-half-bath home in 1961 for his four daughters and his then-wife, Vivian (his first wife).

The house suited the family "quite comfortably," McKaig said, and accommodated the musician’s work habits.

"He had built two master suites, one for [himself] and one for Vivian, because he was up recording all night and sleeping in the daytime," he said.

"Vivian was raising [the] kids, so she slept normal hours."

The house also includes Cash’s wooden-paneled recording studio, which McKaig suggested could be turned into a sixth bedroom.

The 4,500-square foot home, tucked away in the hills at the end of long and windy Nye Road, offers not just privacy but an in-ground swimming pool.

The property sits on six acres of California land with views of the Ojai Valley, overlooking the quaint town of Casitas Springs.

Even though the house was inhabited by the Montecito Fire Department chief for the last 20 years, Cash's presence can still be felt in some of the home’s original features, according to the listing agents — including Cash's famous black toilet.

"Very little has changed, from the Wagon Wheel light fixtures in the living room, to the knotty pine paneling and the iconic pull-out record player, along with the intercom system," said McKaig.

"And yes, there is the ‘Man in Black’ toilet," McKaig added with a laugh.