Jeff and Becky Ponto were at their rural Ogilvie home when an intruder broke in and assaulted them with a mallet around 4:30 a.m. on Sunday. The couple remains in critical condition at the hospital.

OGILVIE, Minn. (FOX 9) - A man who is accused of attacking a couple in their home last month has been charged with several felonies alleging he was looking for his ex when he beat the couple with a hammer.

Troy Allan Hill, 48, of Sandstone, is charged with 19 felony counts, including attempted second-degree murder and burglary, for his alleged involvement in a brutal attack on a Kanabec County couple in their home on Nov. 27.

The couple, identified as Jeff and Becky Ponto, remains hospitalized in critical condition.

Hill was scheduled to make his first court appearance Friday morning. He has a Rule 8 hearing scheduled for Dec. 13, during which he is expected to plead guilty.

The charges against Troy Hill 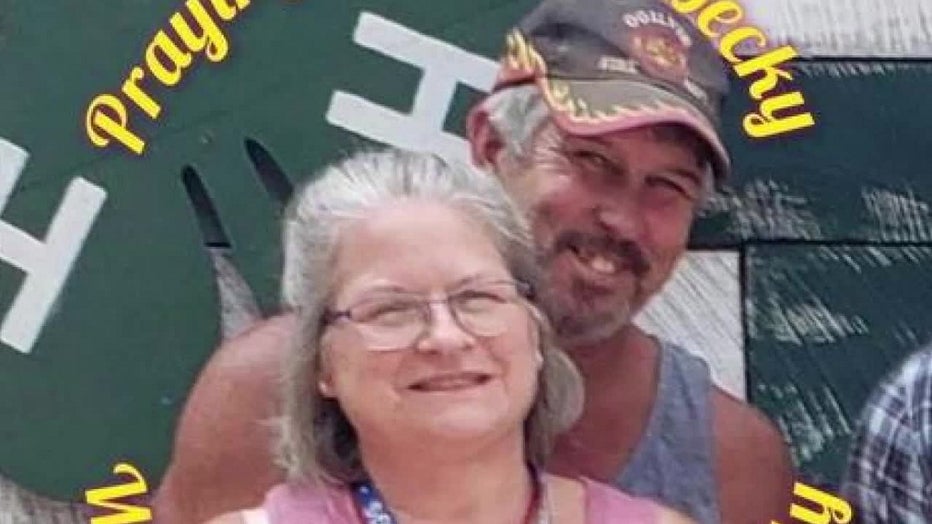 Jeff and Becky Ponto were attacked with a hammer in their home on Nov. 27. (Supplied)

Deputies responded, and the 911 caller was asked to come outside, charges said. One of the deputies said the woman was "frantic" and "panicked," and was waving the deputy inside, saying: "Come here, hurry, hurry." When asked what was going on, the woman said: "He came and attacked us!"

Hill is the 911 caller's ex and the father of her four children, according to the charges.

When one of the deputies went inside, he saw a man – the son of Becky Ponto and the 911 caller's current boyfriend– hitting Hill with the butt of a shotgun. The man was ordered to drop the gun and get on the ground, at which point he was handcuffed, charges said. The man told the deputy that Hill "busted in and hit [Jeff] with hammers and [expletive]."

The deputy asked Hill what happened, and he said he didn't know, adding: "I heard the old lady was here, I came in and I got attacked." The 911 caller's boyfriend then said, "That hammer is going to have his fingerprints on it." Hill responded, "Yeah, I did have a hammer," according to the charges.

The deputy then saw Jeff Ponto lying in the doorway of the master bedroom, charges said. His face was covered in blood.

Becky Ponto was then found in the bedroom on the floor next to the bed. Blood was on each side of the bed, the charges said. It appeared she'd been assaulted while lying in bed. The deputy said it didn't appear that she was breathing, and a pulse couldn't be located. The deputy began chest compressions, at which point she began to breathe again.

Jeff and Becky Ponto were airlifted to hospitals in the Twin Cities after suffering "severe trauma to their heads and facial areas," charges said. Hill was taken to Welia Hospital via ambulance.

Becky Ponto's son told authorities he and the 911 caller "heard the commotion" from downstairs (they were staying at the Ponto's home to avoid Hill). He explained that the 911 caller had a domestic abuse no-contact order in place against Hill, who had tried to kill her before, and Hill had previously violated a no-contact order.

The son told deputies he used a fireplace poker to defend himself against Hill, charges said.

Hill told investigators he and his ex (the 911 caller) had been having problems, and she had been MIA for the last week or so. He was mad she wasn't there for their children. Hill admitted he put a GPS tracker in his ex's purse and used the app Find My Phone to track her movements, charges said.

According to the complaint, Hill went looking for his ex the evening of Nov. 26 and ended up driving to the Ponto's home to see if he was there. He grabbed a hammer in case he needed to protect himself and intended to just look in the windows to see if she was there. He ended up knocking on the door and said Jeff Ponto let him inside. That's when he says his ex's boyfriend came at him, and he used the hammer to attack.