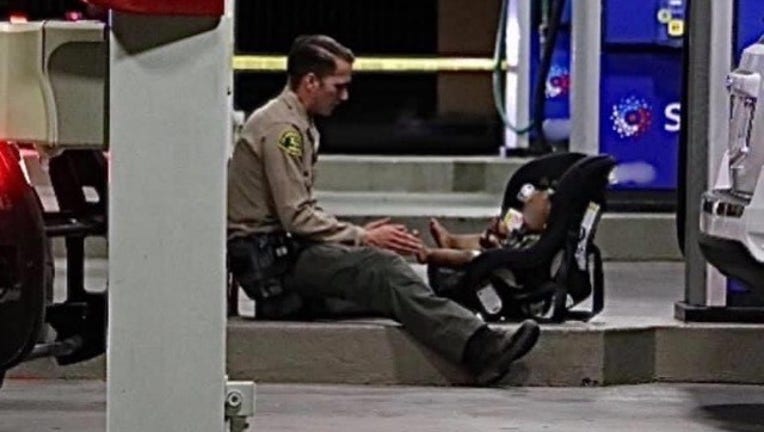 LANCASTER, Calif. - Three suspects have been arrested for attempted murder after a  woman was wounded in a shooting at a gas station in Lancaster Wednesday morning, officials said.

The one-year-old child in the back of the victim's vehicle was not injured.

Deputies responded to a Mobil gas station in the 800 block of East Avenue at about 1 a.m. and found the woman suffering from at least one gunshot wound, according to the Los Angeles County Sheriff's Department. 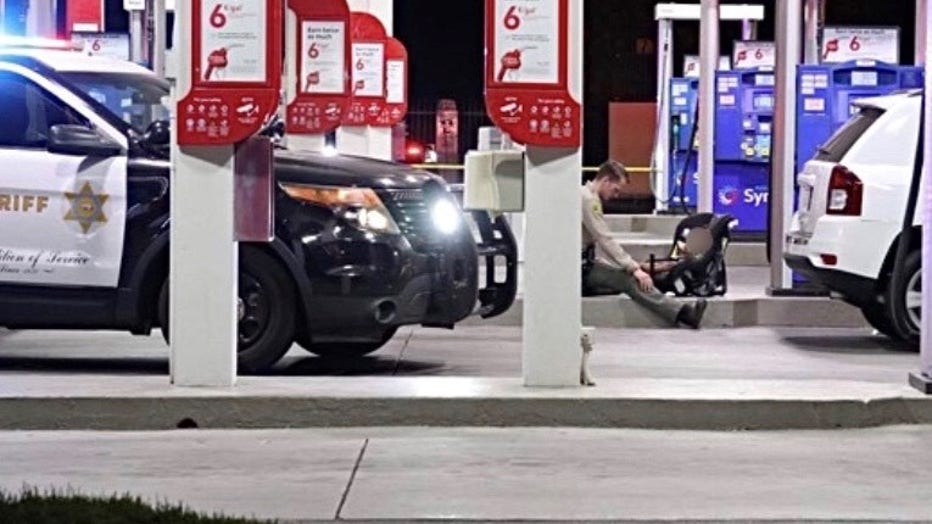 The woman was taken to a local hospital and is in critical condition.

A preliminary investigation determined the woman was the victim of a robbery, the department said.

The suspects were located in the city of Anaheim by the Los Angeles County Sheriff’s Dept. surveillance units.

After a short vehicle pursuit by the Anaheim Police Department, the suspects were apprehended.

The three suspects were arrested for attempted murder and evidence of the crime was seized, officials said.

A news photographer at the scene said the woman sustained four gunshot wounds and a deputy could be seen playing with an infant taken from the victim's vehicle.