Made In Arizona: Valley dairy putting out good milk for decades

It's hard to beat fresh milk and cookies when it comes to a snack, and one Valley dairy has been putting out some of the best milk around town for over five decades.

PHOENIX - It's hard to beat fresh milk and cookies when it comes to a snack, and one Valley dairy has been putting out some of the best milk around town for over five decades.

What's old, is new again, and there might not be a milkman knocking on your door. The idea behind Danzeisen Dairy is very much the same.

Owner Kevin Danzeisen says, "What we wanted to do was make milk taste like it did on the farm, that's why we use all glass bottles and everything. If you go back in the creamery here, everything that we just saw, all the equipment is from the '30s, '40s, and '50s, so we say we do everything the old fashioned way."

Danzeisen's grandfather moved to the Phoenix area in 1957 to start working in dairy. Since then, they've built a business around good old-fashioned milk

"We had no stores, we opened this thing up, spent a bunch of money, and we weren't really sure where we were going to sell the milk at that point," Danzeisen explained. "After the first couple weeks, AJ's stores signed on, we started shipping to them, then Bashas, and then some Safeway stores," Danzeisen said.

Fast forward to now and you'll find them in 360 stores state-wide. Whole milk, 2%, 1% and skim, they even have coffee milk, along with chocolate and strawberry. 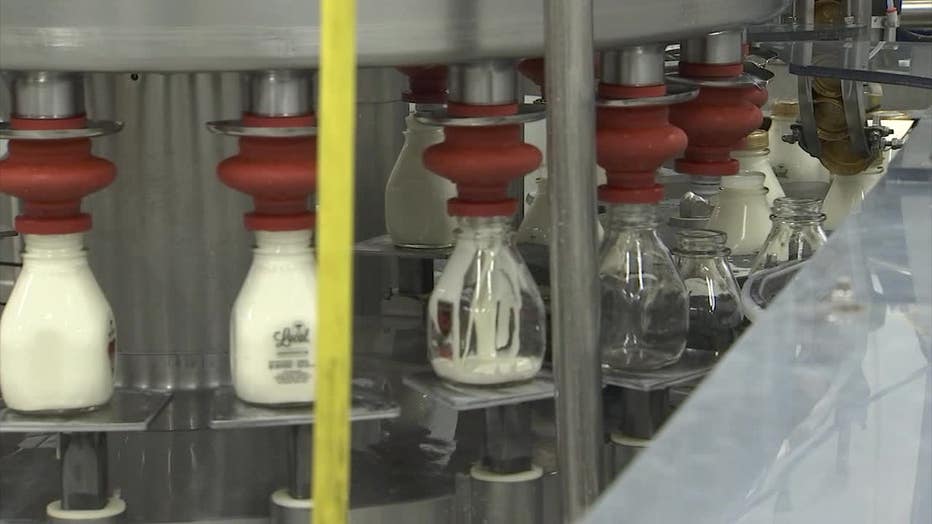 And that's not all, they're also doing strawberry lemonade, and orange juice -- freshly squeezed in Tempe. But possibly the coolest part about this Arizona-made business, the glass bottles are reusable

"You pay a two-dollar deposit upfront, take it back to the store, we bring it back to the creamery, we wash, sanitize and refill," Danzeisen explained.

Kevin says people seem to love it. Not only does the product taste better from a glass bottle, but reusing them is also good for the environment.

"When you're in it, day-by-day, you won't really realize what's going on but all of a sudden you look back at where you came from and then where you are today it's kind of amazing journey that we've been on here," Danzeisen said.