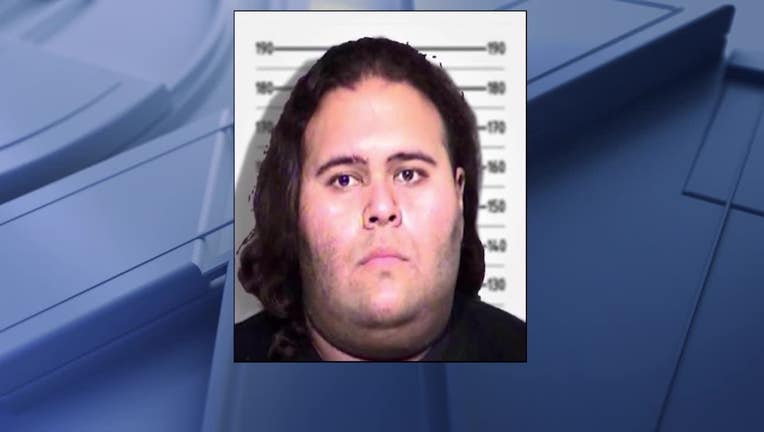 PHOENIX - A state judge has handed down a 25.5-year sentence sentenced a man convicted in connection with a plot to attack a comicon event in 2017 to the state mental hospital.

FOX 10 has learned that Matthew Sterling has been sentenced to a total of 25.5 years for all charges..

According to a report by FOX 10 in 2017, the incident happened on May 25 of that year. At the time, Sterling was wearing all black clothing, body armor and was heavily armed when he allegedly made threats towards police officers inside the Phoenix Convention Center during an event known at the time as the Phoenix Comicon.

Sterling was arrested after police were tipped off by a woman. The woman told police Sterling was taking pictures of officers and posting threats against them on social media. Sterling reportedly also threatened Jason David Frank, a performer at the event.

Video of the incident was released by Phoenix Police in July 2017.

According to police at the time, Sterling told officers that he was "The Punisher". The incident prompted many security changes at the event, including a ban on prop weapons.

In December 2019, Sterling agreed to a bench trial, without a jury.