MESA, Ariz. - Police are investigating a possible road-rage shooting along the freeway in Mesa that left a man injured.

The incident happened on Aug. 17 along the southbound lanes of the Loop 202 Santan at Guadalupe Road when a man reported to police that he had been shot while driving on the freeway.

"The male sustained a wound to the right shoulder that went through his passenger side window," Mesa Police said.

After the shooting, the victim pulled off the freeway and drove to a nearby hospital where he was met by police. He was not seriously injured.

The suspect is described as a white man in his 50s, with salt and pepper hair. He was driving a silver Toyota Tacoma and was last seen heading eastbound on State Route 24.

The southbound lanes of the Loop 202 have been reopened. 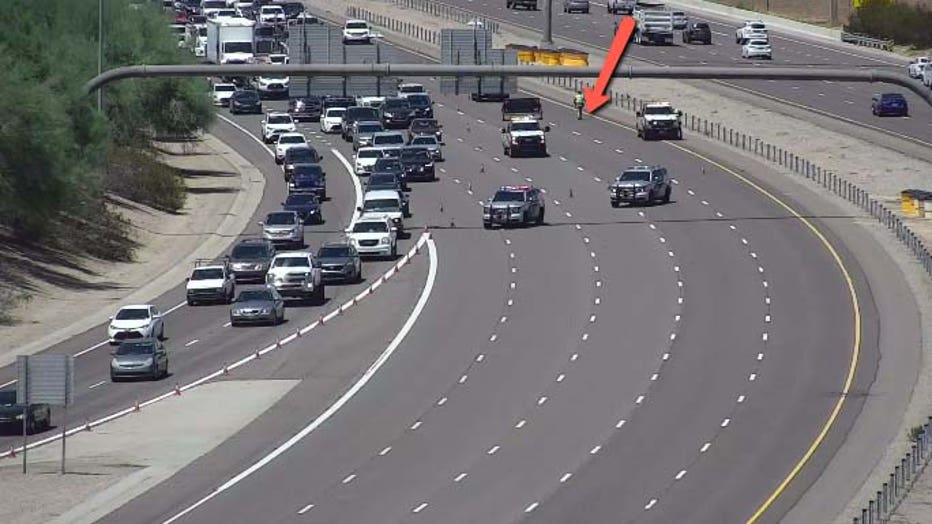 An apparent road-rage shooting along the Loop 202 Santan in Mesa on Aug. 17 left a man injured.