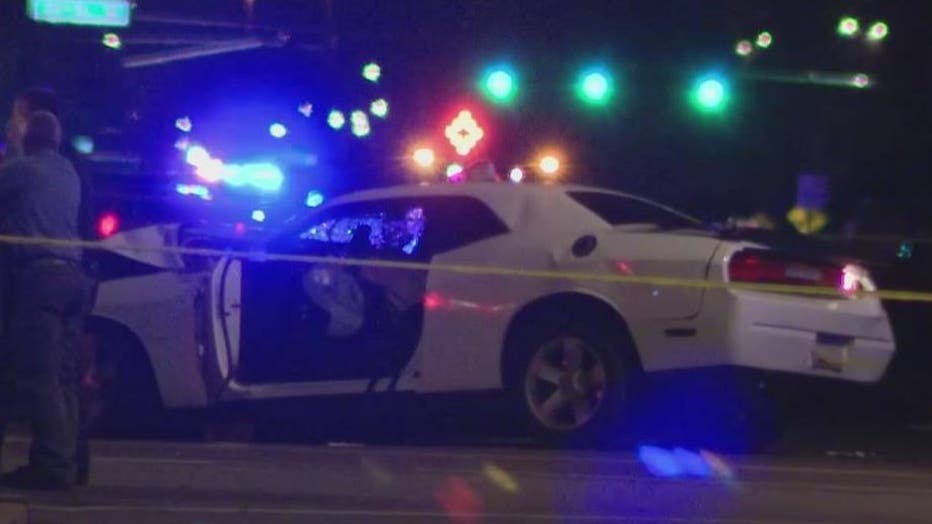 The front passenger in the Dodge Challenger, 20-year-old Jovany Cortez-Yanez, was pronounced dead.

Three other people who were riding inside the Challenger and the driver of the Silverado are expected to survive.

"Both drivers were evaluated by officers and showed no signs of impairment."

The intersection was closed due to the crash investigation.

Tony Navarrete, who was once an Arizona State Senator, is indicted on child molestation charges, according to officials with the Maricopa County Attorney’s Office.

FOX 10 has obtained surveillance video in a graphic animal cruelty case that involves a Mesa Police officer who resigned following his arrest.

Officials with the Maricopa County Sheriff's Office say two people are dead following a flood in the Camp Creek wash area, which is located near Cave Creek.