ROCKTON, Ill. - An explosion that prompted a large fire at a Rockton manufacturing plant Monday has forced nearby residents to evacuate.

The explosion happened around 7 a.m. at Chemtool Incorporated located at 1165 Prairie Hill Road.

Residents within a one to two-mile radius of the fire were being told to evacuate as officials investigate.

A massive chemical plant fire that sent black plumes of smoke into the air near the Illinois-Wisconsin border is expected to continue burning for several days as firefighters retreat and residents were ordered to evacuate.

"I am monitoring this situation closely and will make all resources available to the surrounding communities as we work to keep people safe," Pritzker said in a statement.

The fire is expected to continue burning for several days.

"We can’t speculate how long it will take to put out the fire," Rockton Fire Department Chief Kirk Wilson said. "We ask that the public be patient with us." 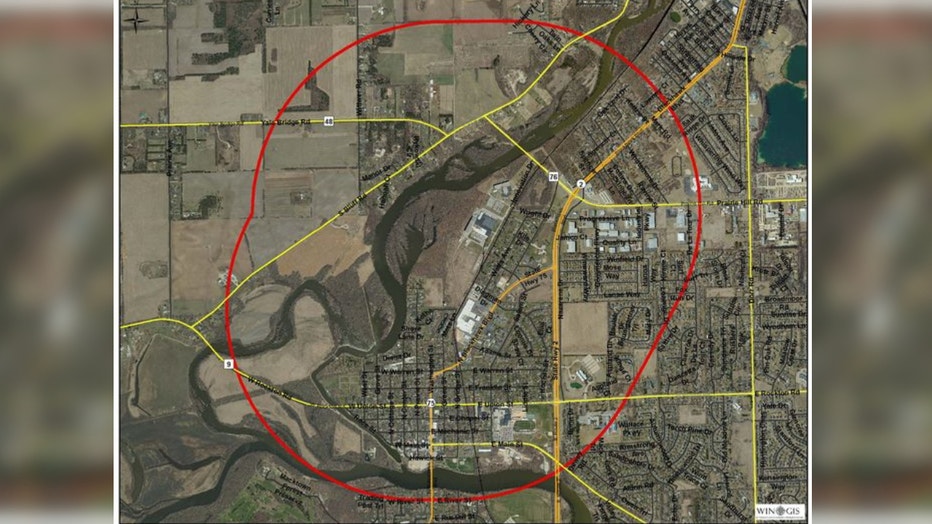 People who live inside the red-circled area are being forced to evacuate as crews put out a fire at the Chemtool Incorporated plant in Rocktown, Illinois.

Wilson said about 70 employees were at the plant when firefighters arrived and that all of them were evacuated safely. He also said one firefighter suffered a minor injury.

The plumes became so big they were being picked up on weather radar. Wilson said there was "no danger to air quality at ground level."

John Kim of the Illinois Environmental Protection Agency said the quality of the air near the burning plant is a primary concern for his agency. He said both the state and federal EPA will be monitoring the air quality to make sure it remains safe for nearby residents. Officials recommended people within a three-mile radius wear masks as a precaution.

Dr. Sandra Martell of the Winnebago County Health Department also warned residents not to handle waste from fire with bare hands, noting the possibility it could be contaminated by chemicals used at the plant.

Smoke from the fire drifted south and southeast past Rockford, which warned its residents to stay indoors, close windows and turn off air conditioners. South of Rockford, the Ogle County sheriff’s office said smoke covered a third of the county.

The fire was fast-moving, partially aided by strong wind, and was shooting through the plant’s roof by the time firefighters arrived, Wilson said.

Roscoe Middle School at 6121 Elevator Road in Roscoe, Illinois has been set up as an evacuation site.

Wilson said that "at this point and time there is no danger to air quality at ground level," but that given the enormous plumes of smoke, officials ordered the evacuation as a precautionary measure.

"We don’t want an environmental nightmare to occur," he said.

The fire department also has reconnaissance crews roaming the town looking for fires caused by falling, burning debris, Wilson said. Any debris falling from the sky was thought to be non-toxic debris from the building, he said. 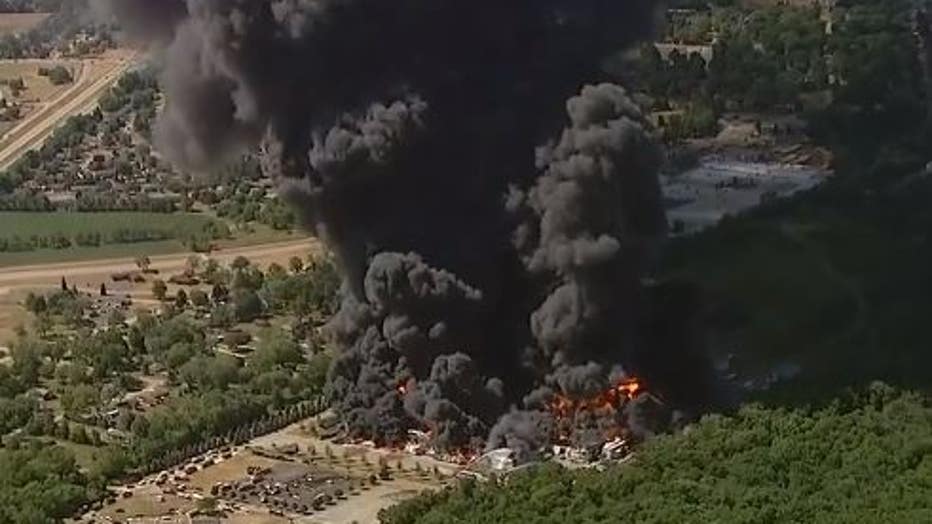 Roughly 40 local agencies from southwest Wisconsin and northern Illinois responded to the fire.

Officials stopped putting water on the fire late Monday morning to let it burn through to save water and avoid runoff into local waterways.

"We don’t want an environmental nightmare to occur," Wilson said. "At this time, it’s in our best interest to let this product burn off… We’re thinking this will be a several-day event [until] this product is burned off."

The plant manufactures grease products, lubricants and other fluids

Trisha Diduch, the planning and development administrator for Rockton, said she estimates about 1,000 people were affected by the evacuation order and the downtown area, which is just about a mile from the plant, is being evacuated.

One of those residents was Alyssa King, 29. She said after she walked outside to see black smoke and what appeared to be pieces of cardboard boxes and "small chunks of the building" falling from the sky, she called the police department’s non-emergency line. "You gotta go," she said she was told.

"We have confirmed all on site are safe and accounted for. Our concern right now is for the safety of all our employees and the surrounding community," Chemtool said in a statement, adding that it will share more details as they become known.

"We do not yet know what caused this incident, but we will be working with local authorities and with our own risk management team to determine what happened and identify any corrective actions," it said.

King, who lives in an apartment less than a mile from the site, said she woke up to what sounded like slamming doors.

"It woke me up. It was shaking the whole apartment building," said King, who had been at home with her 8-year-old daughter.

They went to her mother’s house about 2 miles away. King then returned to the apartment to collect the family’s rabbit, Oreo. As she drove near the plant, King saw smoldering embers along the roadway, and there was "burned material" all over the yard of the apartment building, she said. The air had a chemical smell, she added.

An employee of the plant told a reporter with WTVO that he was at work for less than an hour when someone yelled "fire" and fire alarms went off. The employee said the fire was possibly caused by the failure of a pipe that moved hot grease within the plant, WTVO reported.

The employee also told WTVO that staff have been evacuated in the past for small emergencies, but nothing on this scale. "This is the worst it’s ever, ever been," he told the station.

In all, about 150 homes were evacuated in Rockton. The Salvation Army said it was aiding in the response.

Chemtool Inc., based in Rockton, is the largest manufacturer of grease in the United States. It has a plant in Crystal Lake in the northwest suburbs of Chicago.

Rockton is located in Winnebago County, near the Wisconsin border, about 95 miles northwest of Chicago.

The Associated Press and Sun-Times Media Wire contributed to this report. 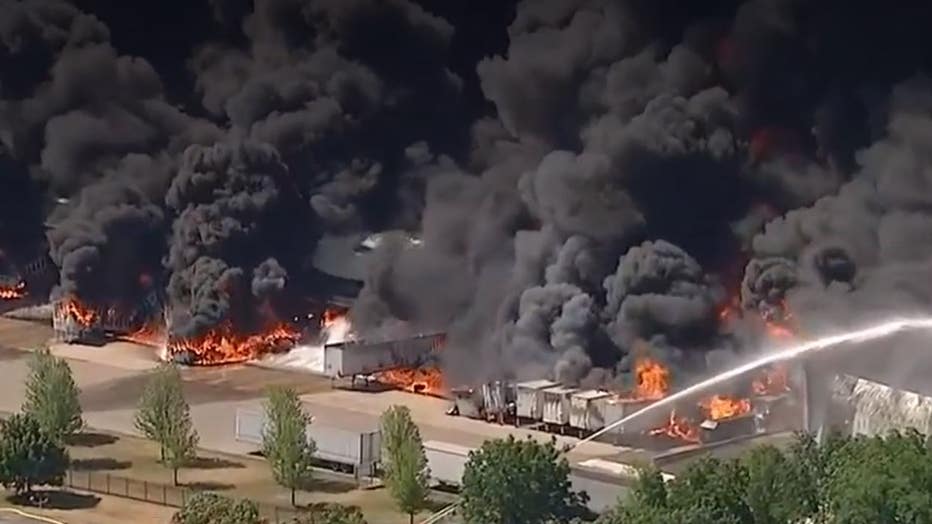