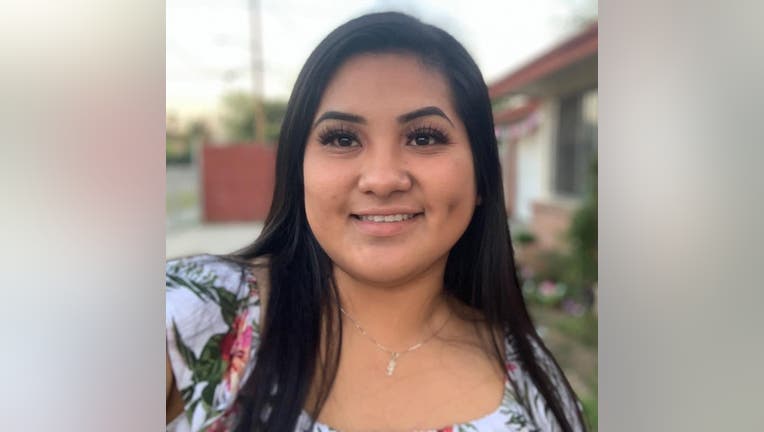 FRESNO, Calif. - A California woman has died at the hospital days after she was shot in her car in front of her young daughter.

Investigators believe the now-deadly shooting may have been a case of mistaken identity.

Fresno Police officers responded to the intersection of Kearney Blvd. and Thorne Avenue around 10:45 p.m. Tuesday and discovered Jacqueline Flores, 25, inside of a parked car suffering from a single gunshot wound to her head.

Authorities said that Flores's 6-year-old daughter was in the backseat of the car when her mother was shot.

"Fortunately, the child was not injured, but the bullet did enter the rear window where the child was seated," Fresno Police wrote in a press release Thursday.

Investigators said they do not believe Flores was the intended target, and believe the senseless act of violence may have been a case of mistaken identity.

Authorities are asking for the public's help and encourage anyone who might know anything about the shooting to contact the Fresno Police Department.

Anyone can submit anonymous tips including videos, photographs or any other digital evidence to police by clicking here.