New businesses and homes are going up in Downtown Phoenix, and while that's great news for some people, others have a problem with it. FOX 10's Linda Williams reports.

PHOENIX - People who have not been to Downtown Phoenix lately may be surprised at the explosive growth in the area.

New businesses and residences are being built at a record rate, but that had led to mixed emotions.

Some people say the charm of Downtown Phoenix is being lost.

“Break up the tradition, break up the heritage, break up the nostalgia that any great city should have, and we don’t have it in Phoenix. Everything, they want it to be new,” said Ed Jaramina with Ed the Hot Dogger stand.

Ed The Hot Dogger has sold for nearly 50 years Downtown, and has watched older buildings and open spaces give way to taller and newer.

“They have wonderful building two blocks from here,” said Jaramina. “They destroyed it. There was nothing wrong with the building. Now they want to put a hotel on top of it.”

While others say the light rail and 20,000 Arizona State University students have transformed the area into a bustling hub it is meant to be, and they believe growth is a good thing.

“It is absolutely the hottest it’s ever been. We see about 6,000 units that are either under construction or planned,” said Christine MacKay with Phoenix Community and Economic Development.

MacKay actually goes up in cranes and gets a bird's eye view of the boom.

“I was able to count 14 cranes in the air in the Downtown Phoenix area, and we’ve got about nine more coming up behind it that are planned,” said MacKay. “Over the next 24 months, we will see 12,000 new people move into Downtown Phoenix.”

“It brings more people to your hot dog stand, of course it does. That’s what I’m saying. It’s mixed emotion. It’s not good for my soul.”

MacKay says as these projects move forward, the city is always conscious of Phoenix's history. 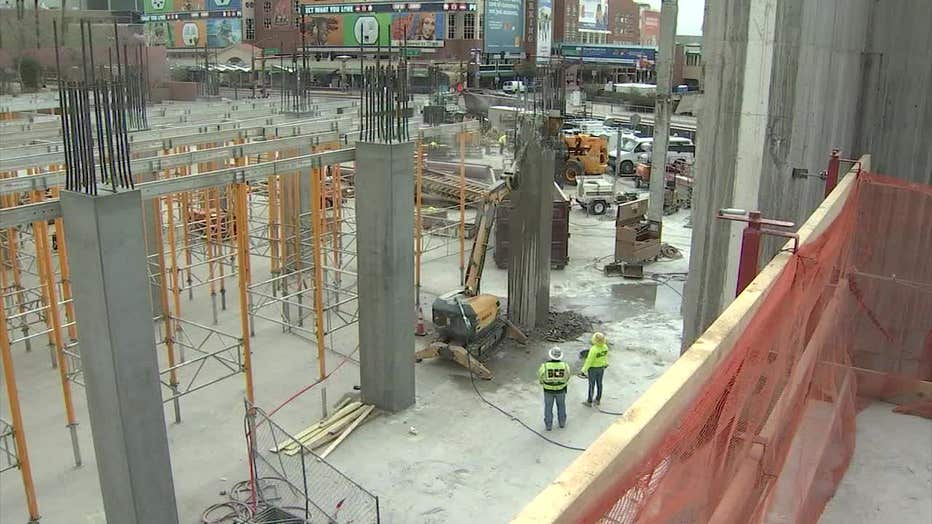