The grieving mother speaks with FOX 11 just hours after finding out the devastating news about her son dying from suspected abuse.

POMONA, Calif. - The mother of 16-year-old George Almaraz Jr., who was killed, allegedly after suffering abuse from his stepmother, spoke about her son's brutal death.

The teen was killed on Tuesday around 12:30 p.m. in the 600 block of Del Rosa Place in Pomona, authorities said. The exact cause of the teen's death was not immediately available, but authorities believe the teen's stepmother caused injuries that resulted in his death.

"The victim, the 16-year-old had some existing injuries to him that were severe and didn't appear to be that new. It appears that the victim had been suffering some ongoing abuse from the hands of his stepmother," said Pomona Police Sergeant, Ian Miller. 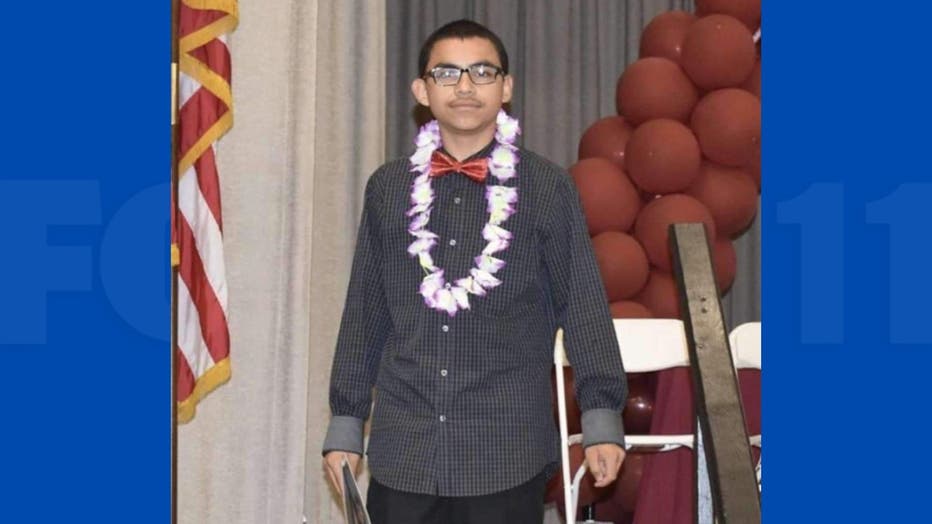 The stepmother, 35-year-old Jessica Grajeda, was taken into custody by detectives along with George's father, George Almaraz Sr., who police said knew about the abuse but did not intervene or seek medical attention for his son.

George's mother, Catalina Alvarez said she last saw her son in person in 2014. She had moved to New Mexico about 10 years ago.

She said she did not know her son was being abused though she felt like her son was "alienated" from her at times.

Alvarez said she believes there was an incident in March after her mother, George's grandmother, received a phone call.

"They told her that his father can't have him [George Jr.] over there anymore, not sure what was going on," said Alvarez.

Alvarez said George was the only child between her and Almaraz, but she has two other children who live with her. Alvarez was heading to California Thursday night, in disbelief over her son's sudden and brutal death.

Alvarez made a Facebook post saying, "My son, I'm sorry for not doing everything I could to protect you from this evil."

On June 3, 2021, the Los Angeles District Attorney filed one count of 187 PC, Murder and multiple counts of child abuse against Grajeda. Additionally, one count of felony child abuse was filed against the victim’s father.

Both suspects remain in custody.