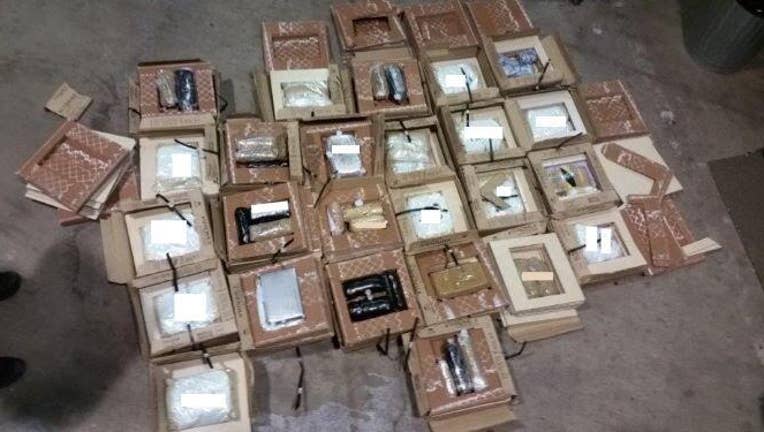 TUCSON, Ariz. (AP) - U.S. Customs and Border Protection officers say they seized nearly 300,000 fentanyl-laced pills from a pickup truck being driven by a 63-year-old American man across the border from Mexico through the main port in Nogales, Arizona.

The agency reported Monday’s bust on Wednesday, saying officers were tipped off by a police dog.

They also discovered 25 pounds (11.3 kg) of heroin and more than six pounds (2.7 kg) of cocaine in packages of drugs hidden inside hollowed out boxes of ceramic tiles for a total haul with an estimated street value of more than $1 million.

Officials say there were 71 pounds of fentanyl hidden inside the boxes.

Authorities did not identify the man, who was arrested.