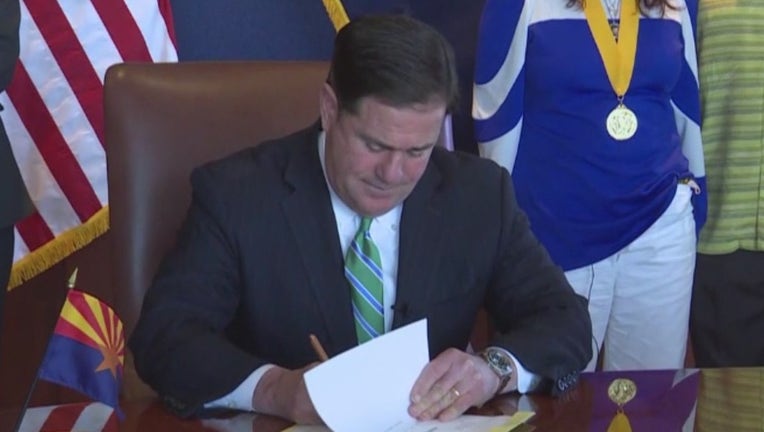 PHOENIX (AP) - Arizona Gov. Doug Ducey has signed legislation that makes it a crime to park a vehicle so that enough of a sidewalk is blocked to prevent someone using a wheelchair from passing.

It was already illegal to park on a sidewalk, but the bill signed by the Republican governor on Wednesday clarifies that even partially blocking a walkway is against the law.

House Bill 2395 was sponsored by Democratic Rep. Jennifer Longdon of Phoenix. Longdon uses a wheelchair after being paralyzed in a drive-by shooting in 2004.

She told fellow lawmakers in a February committee hearing that the problem is especially common when pickup drivers that have a trailer hitch back into a parking space and the truck and hitch block a large part of the sidewalk. That can prevent people in wheelchairs or a parent pushing a stroller from passing and even force children to have to step into the street to pass.

The new law says a sidewalk must be clear enough to meet Americans with Disabilities Act guidelines. In most cases, that’s 5 feet (1.5 meters) of clearance.

"It’s an effort to be more mindful to make sure we’re protecting pedestrians," Longdon told the House Transportation Committee.

A violation is punishable by a $250 fine.