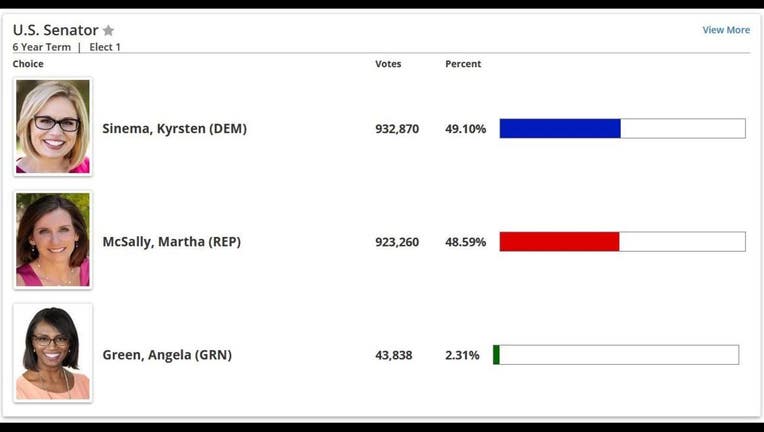 The Green Party candidate, Angela Green, has 43,838 votes (2.31%). Green withdrew from the race prior to Election Day.

Sinema and McSally are battling for Jeff Flake's Senate seat. Flake is leaving the Senate at the end of the current legislative term.

This is a developing news story. Stay with FOX 10 for continuing coverage.