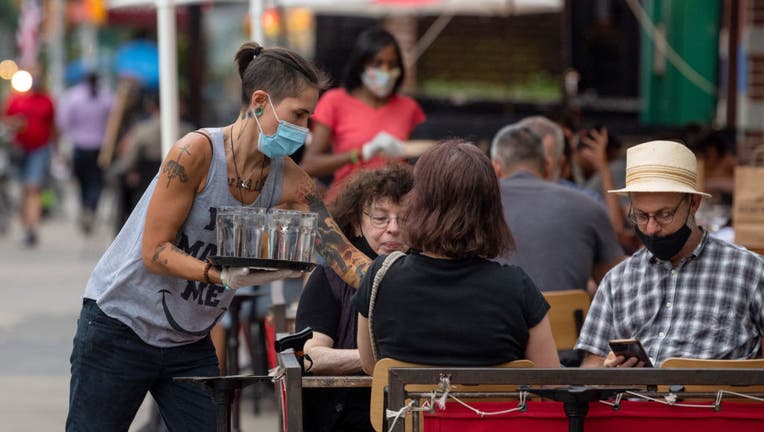 Servers may have to share tips with co-workers who have traditionally not received tips in the past, according to a new rule announced by the U.S. Department of Labor.

The department announced the amendment to the Fair Labor Standards Act (FLSA) by the Consolidated Appropriations Act of 2018 (CAA) on Tuesday, a law which protected servers’ tips from being taken by management or supervisors.

The new amendment, however, will allow restaurant to implement a "traditional" or "nontraditional" tip pool, dependent on whether or not servers are paid minimum wage.

Should employers decide to not take servers’ tip credits and pay them the full minimum wage requirement, it is mandatory for employers to implement a "nontraditional" tip pool, meaning that servers who receive tips while also getting paid minimum wage must share them with workers who do not traditionally receive tips, such as dishwashers and cooks.

"An employer that elects to take a tip credit must pay the tipped employee a direct cash wage of at least $2.13 per hour. The employer may then take a credit against its wage obligation for the difference—up to $5.12 per hour—in tips received by the employee if the cash wage plus the employee’s tips equal at least the minimum wage," according to the FLSA.

The FLSA "requires covered employers to pay their nonexempt employees a minimum wage of at least $7.25 per hour."

RELATED: $600 stimulus checks could roll out before end of 2020 — here’s how to find out if you qualify

The new regulations are a welcome victory for people in the restaurant industry, according to the National Restaurant Association.

"Today’s Department of Labor (DOL) final rule revising tipping regulations under the Fair Labor Standards Act (FLSA) is a year-end victory for the restaurant industry and its workers after years of litigation. The changes in this rule bring much needed regulatory clarification for the small business owners and their employees about what the law allows and requires. At a time when the restaurant industry is faced with instability, this rule provides renewed sensible regulations on tip-pooling and tip-credit standards," said Shannon Meade, vice president of Public Policy and Legal Advocacy for the National Restaurant Association.

The U.S. Department of Labor also lauded the rule change, saying it will help to reduce wage disparities in the restaurant industry.

"This final rule provides clarity and flexibility for employers and could increase pay for back-of-the house workers, like cooks and dishwashers, who have been excluded from participating in tip pools in the past," Cheryl Stanton, a wage and hour administrator with the U.S. Department of Labor, said in a news release.

"Newly allowed tip sharing may incentivize the inclusion of these previously excluded workers and reduce wage disparities among all workers who contribute to customers’ experience," Stanton said.

But Heidi Shierholz, director of policy at the Economic Policy Institute and a Labor Department economist during the Obama administration, told the Wall Street Journal that the rule does not address wage inequality, and instead could shift work to servers that would traditionally not fall to them."If the administration wanted to raise pay for back-of-the-house workers, they could have supported a minimum-wage increase," Shierholz said.

The new rule marks a nearly three-year endeavor by the Trump administration to undo an Obama-era rule that protected employee tips, stating their tips belonged to them, not the restaurant. Additionally, restaurants were not allowed to pool tips or give them to non-tipped employees. The previous rule applied to all levels of wage-earning servers.

In 2017, the Trump administration got the ball rolling on these new regulations and sought to rescind restrictions on tip pooling "by employers that pay tipped employees the full minimum wage directly." Meaning restaurants that pay servers the full $7.25 minimum wage, instead of the $2.13 tipped wage, can pool tips.

The amended and final rule will take effect 60 days after it has been added to the Federal Register, according to the Labor Department.