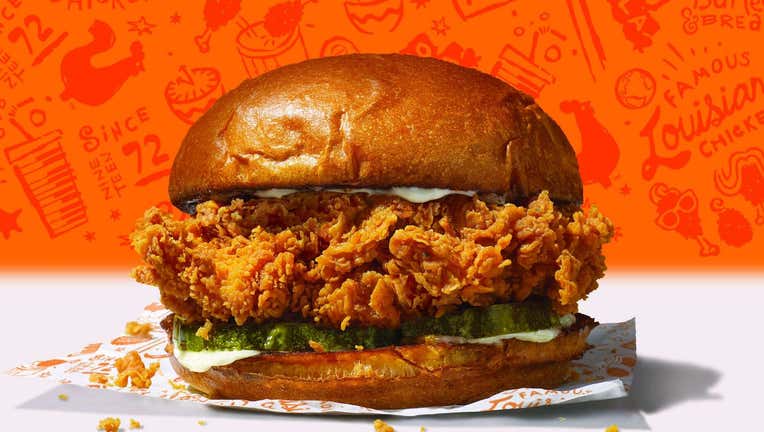 The sold-out sandwich, which features a buttermilk-battered and hand-breaded chicken filet on a toasted brioche bun, topped with pickles and either mayo or spicy Cajun spread, is making its return. (Photo credit: Popeyes)

On Monday, Jeremy Merdinger took to Twitter to share a photo of the singed blunt that he allegedly found in his sandwich after a few bites.

“Do all your chicken sandwiches come with a joint in them? Found this in my sandwich the other day in NYC. Just wanted to make sure that this doesn’t happen to anyone else,” Merdinger wrote of the unwanted side, which he allegedly found on Nov. 4.

“I was shocked at first. These are things you see on social media a couple of times a year, and for it to happen to me, I was shocked and disgusted,” the 23-year-old man told the New York Post.

Merdinger claimed he ordered a spicy and a regular chicken sandwich from a Manhattan location of the Louisiana-inspired chain earlier this month, and took the order home to eat. Digging into the spicy sandwich first, he reported it tasted “fine,” until a doobie fell out of the second, regular-flavored sandwich – a discovery that made him nearly sick to his stomach.

“I was taking my last couple of bites from the second sandwich when it fell out and into my lap. It was 100 percent marijuana,” he said. “I saved the evidence. It’s in a plastic bag at home.”

The stunned customer now claims he emailed Popeyes to complain about the incident, but allegedly never received a response.

Merdinger asked for backup from his boss at work, Ryan Berger, regarding advice on next steps, the Post reports. The men supposedly learned the officials for the chicken-centric chain had investigated the incident, but did not have a response or apology to give, per the outlet.

The reported lack of reaction prompted Merdinger to share his story on social media.

“They were basically saying it happened outside of the restaurant, and there is nothing they can do,” the disgruntled customer said. “They can at least admit they made a mistake. I would like for them to own up to it. I think it’s ridiculous and not professional.”

Moving forward, a rep for the restaurant told the Post they are still investigating the man’s claims.

“We have high standards for the quality of our ingredients and the preparation of our food. We take all feedback about our meals seriously and quickly take action to make sure all of our guests have a good experience,” an official said.

In related headlines plaguing the fried chicken hotspot, a viral video of a Popeyes’ employee body-slamming a woman outside a Tennessee restaurant resulted in an arrest on Friday. A few days before, a woman also scraped her car in a now-viral video while attempting to enter the drive-thru line at a Los Angeles Popeyes.

Tragically, last week, a Maryland man was fatally stabbed after cutting the line to get dibs on the chain's popular chicken sandwich. Police are now asking the public for help identifying the suspect and a woman he was with, who they said is a person of interest.

Popeyes' now-infamous chicken sandwich returned to menus nationwide on Nov. 3, after quickly selling out when it first hit menus in August.