The California Interscholastic Federation announced Monday morning that high school sports will not happen this fall, including top-flight football programs.

SACRAMENTO, Calif. - The California Interscholastic Federation announced Monday morning that high school sports will not happen in the fall, postponing the season to December or January at the earliest, due to the Coronavirus pandemic.

The Sacramento Bee notes that this move "is a first in nearly 100 years."

Most California schools are closed for on-campus instruction as per Gov. Gavin Newsom. The CIF said it had no choice but to delay the start of seasons by pushing the sports calendar into 2021. 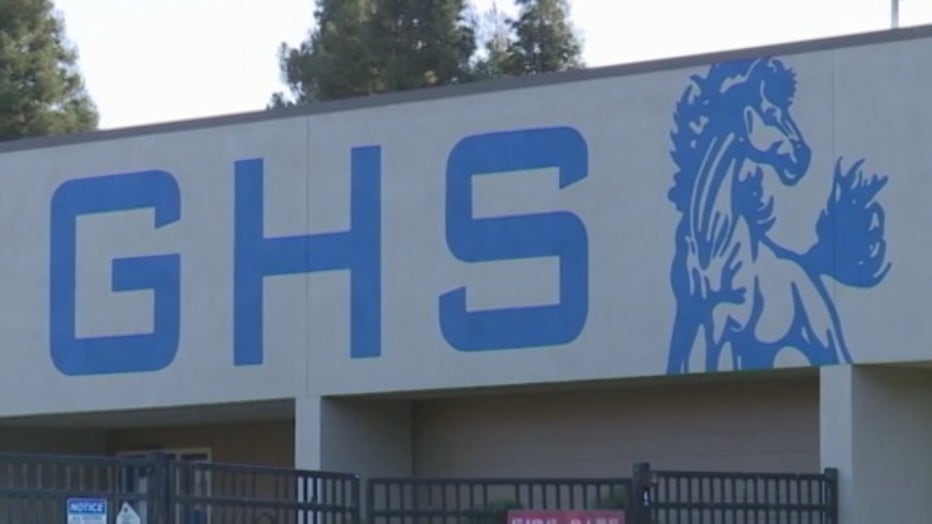 “We are continuously monitoring the directives and guidelines released from the Governor’s Office, the California Department of Education, the California Department of Public Health, and local county health departments and agencies as these directives and guidelines are followed by our member schools/school districts with student health and safety at the forefront," the CIF said in a statement. "As these guidelines change, CIF Sections may allow for athletic activity to potentially resume under the summer period rules of the local Section.”

The CIF's revised calendar creates two seasons, instead of the traditional fall, winter and spring, but no sports are left out.  CIF set the dates for playoffs, and each of the state's 10 sections will put out their own schedules based on the dates.  “In the best interest of the health and safety of our student athletes, we need our school districts to return to school first, then look at athletics down the road," said CIF executive director, Ron Nocetti during a live interview on "The Four." 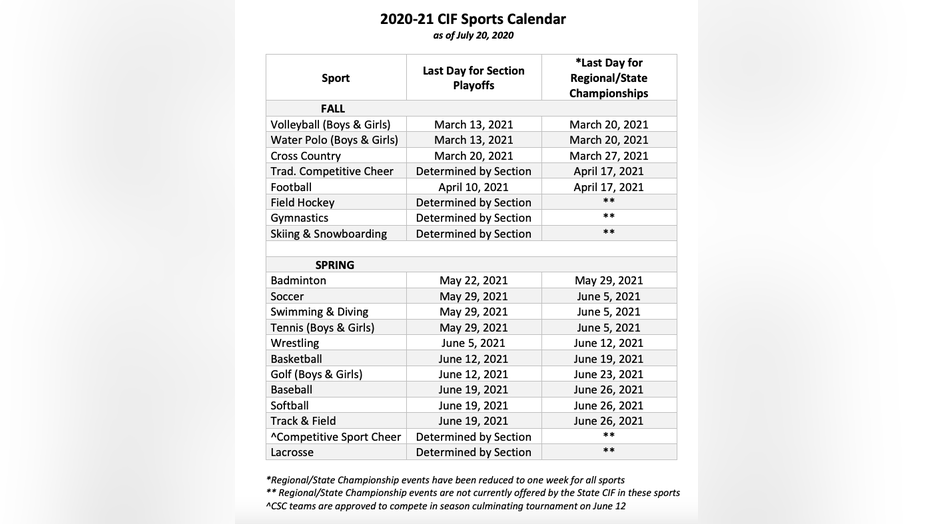 Pat Cruickshank, the commissioner of CIF's North Coast Section which represents some of the Bay Area, said inclusion was always the goal. “That was foremost on our mind, was making sure that all of our athletes had an opportunity to participate, that’s what the schedule gives," said Cruickshank.

The decision provides clariity for the estimated 800,000 high school student athletes in the state.  If Coronavirus conditions improve, it'll give them a chance at a full season.  Kekoa Garrido, a senior linebacker for the Marin Catholic high school football team, could only express his gratitude.  “Super grateful to even have a season, grateful for the CIF, fighting for our season," said Garrido.  "We’re just excited.”

The plan does create a few issues including some overlap for multi-sport athletes and a later than usual opportunity for some of these fall sport athletes to catch the eye of college scouts.  “There’s no summer camp, so you didn’t have the opportunity to showcase yourself there," said Marin Catholic head football coach, Mazi Moayed.  "So many guys have matured. They’re bigger, stronger, faster."

But, considering the circumstances, coach and his team are just thankful for the prospct of shining under the Friday night lights again. “This sort of makes things definitive for us at this time and gives us destination and everyone’s excited about that," said Moayed.

“I just hope to get an offer before the season starts, I just hope I have the opportunity to make the best of it," said Garrido.