LAVEEN, Ariz. - Police say a suspect who pointed a gun at Phoenix officers in a Laveen neighborhood, prompting a shooting, has been arrested.

When the driver stopped in the neighborhood, a man ran from the car and jumped over a wall. Officers followed him to the driveway of a home where he pulled out a gun and pointed it at one of the officers, police said.

"This is when the officer involved shooting occurred," the department said.

The man, identified as 30-year-old Jesus Banuelos, was not hit by gunfire but continued to hold the gun to his head. Police negotiators responded to the scene and talked with Banuelos for nearly three hours, police said.

Banuelos eventually dropped the gun and was taken into custody. He was booked into jail and is accused of multiple charges, including aggravated assault on a police officer.

The suspect's vehicle was found nearby. The driver, identified as 42-year-old Jennifer Covington, was arrested for unlawful flight from a police officer.

A second woman who was inside the car was interviewed by police and released.

On Jan. 4., police released body camera footage of the incident. 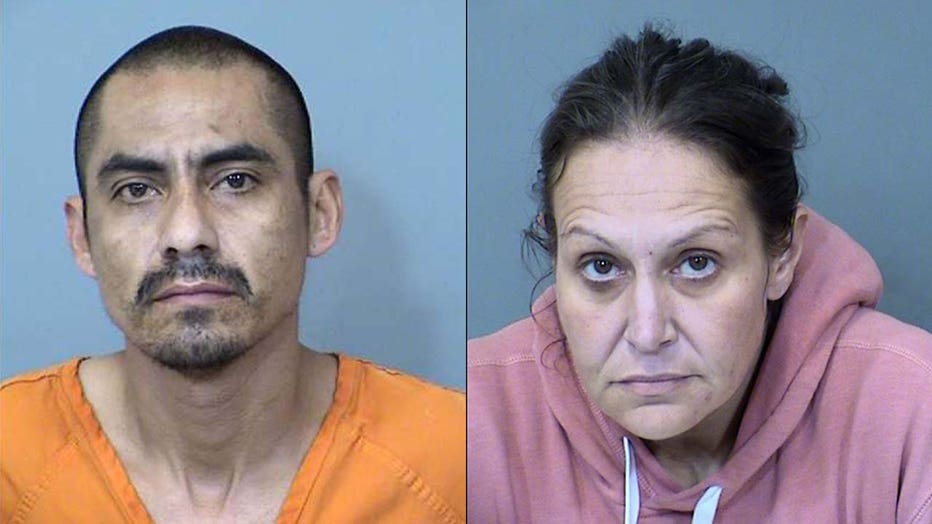 Police say a suspect who pointed a gun at Phoenix officers in a Laveen neighborhood, prompting a shooting, has been arrested. A woman who police say was also involved in the incident was arrested.

Suspect in custody after shooting in Laveen neighborhood

Suspect in custody after shooting in Laveen neighborhood