The National Weather Service has reported that a tornado has landed east of Kingman.

KINGMAN, Ariz. - On July 24, officials with the National Weather Service say a tornado was reported east of Kingman, Arizona.

Officials with the National Weather Service in Las Vegas confirmed multiple reports of a twister that landed 10 miles east of Kingman, and was moving northeast at 10 miles per hour at one point.

A Tornado Warning was issued for Mohave County as a result. The warning expired at around 11:30 a.m. on July 24. 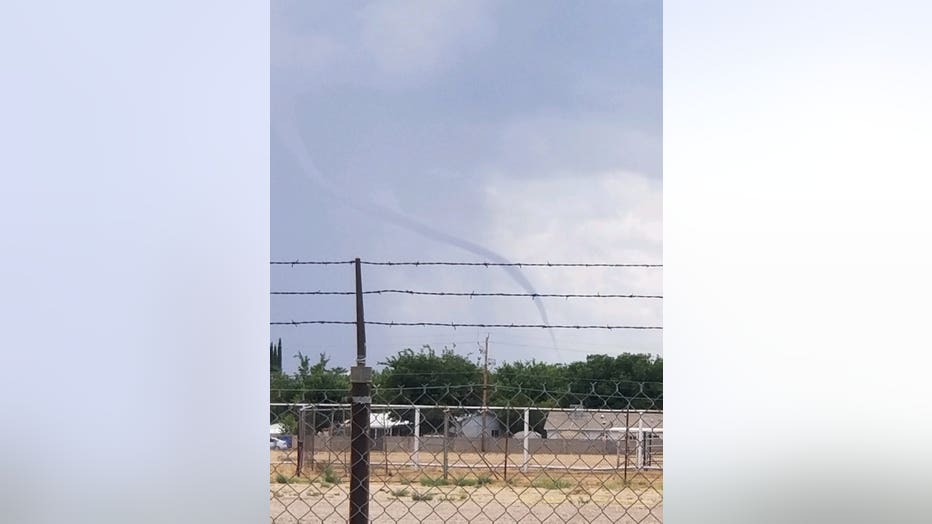 Tornadoes aren’t common in Arizona. But the monsoon season conditions make them possible.

“The conditions were ripe for a tornado to happen today, but it was very localized," said Dan Berc with the National Weather Service out of Las Vegas, which is the closest NWS office from the Kingman area.

“To say we were expecting it, I’d say that wasn’t the case, but we certainly weren’t terribly surprised. It happens on occasion, not real common we get tornadoes in northwest Arizona," said Berc. "Any tornado can have the possibility of producing damage and they’re all dangerous, however, we were fortunate in this case that this touched down over a very rural area."

The tornado was seen by a number of people who live in the Kingman area.

"I just thought in the distance it was a really cool looking storm, and I didn’t even realize the funnel cloud was there until I zoomed in, and then I started taking more pictures and the video," said Bratley.

For Bratley, who’s actually from the Midwest, the tornado wasn’t like what she’s seen before, but still pretty cool.

"This was just a little one, but still pretty neat looking as you can see by the video and the photos, something I had never seen out here," said Bratley.