Police officials announce the arrest of David Bonola in connection with the death of Orsolya Gaal in her Queens home.

NEW YORK - A handyman who was having an on-and-off affair with a Queens woman stabbed her dozens of times in the basement of her home, stuffed her body into a duffel bag, wheeled it through the neighborhood, and dumped it at the edge of a park, according to New York City police officials.

"Last night while detectives were canvassing for video, they observed a male who was wanted for questioning in a horrendous homicide," Chief of Detectives James Essig said at a briefing on Thursday. "He voluntarily came back to the 112 Precinct and made incriminating statements."

Detectives arrested David Bonola, 44, for the gruesome murder of Orsolya Gaal, 51, the NYPD announced on Thursday morning. Authorities charged him with second-degree murder, first-degree criminal tampering, and fourth-degree criminal possession of a weapon.

Bonola and Gaal, a married mother of two, had been having an "intimate affair" for about two years while he was doing jobs at the house, Essig said. They had broken up several times and had a "heated argument" at her house on Juno Street in Forest Hills early Saturday morning that turned violent Essig said. Bonola then stabbed Gaal at least 55 times with a knife he likely found in the home, Essig said. 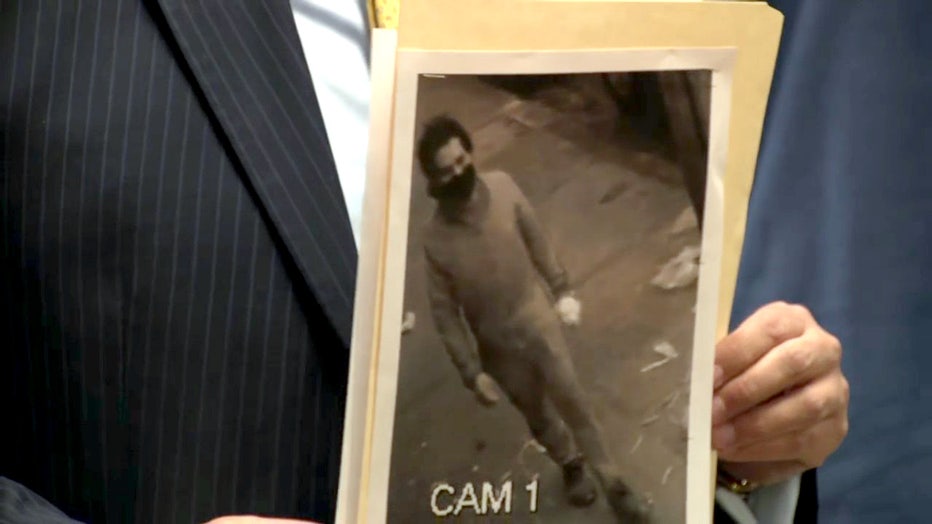 The following is the chain of events, according to Essig:

"On Friday night, April 15th, Ms. Gaal attends a show at Lincoln Center. She takes the train back to her neighborhood in Forest Hills. At 11:20 p.m., she stops in a local establishment for a short while before returning home. We believe she returns home at 12:20 a.m. We also believe Mr. Bonola arrives at her residence between 12:30 and 12:40 a.m. Mr. Bonola is a handyman who is employed by Mrs. Gaal. They have been having an intimate affair for approximately two years. He is either let in voluntarily or he uses a key he has knowledge about hidden in the barbecue. A heated argument ensues between the two in the basement. A knife is brandished, a violent struggle ensues, resulting in our victim being stabbed ruthlessly and brutally in excess of 55 times, causing her demise. Recovered at that crime scene is a knife, which we believe was used."

Bonola then put Gaal's body into her son's hockey duffel bag and dragged it several blocks to Forest Park, leaving it on Metropolitan Avenue near the Jackie Robinson Parkway, Essig said. He left a trail of blood from the house all the way to where he left the bag, police said. A person walking their dog found the bag on Saturday morning.

A home security camera captured what appeared a person dragging the large bag after the killing.

"As video showed, [Bonola] was seen rolling the body down the sidewalks, leaving a bloody trail through the streets of Forest Hills. At 7:50 a.m. Saturday, April 16th, that duffle bag was recovered at Metropolitan Avenue and the Jackie Robinson Parkway by a member of the public," Essig added. "We believe that after disposing of the body, Mr. Bonola fled through Forest Park, where investigators discovered the jacket believed to be worn by him during this vicious crime. Detectives also developed leads which led them to a location where boots, a T-shirt, and bloody bandages were discovered. The investigation also revealed that on Saturday Mr. Bonola received treatment for wounds to both hands at an area hospital."

The medical examiner's office said Gaal died of "sharp-force injuries" to her neck and ruled her death a homicide. 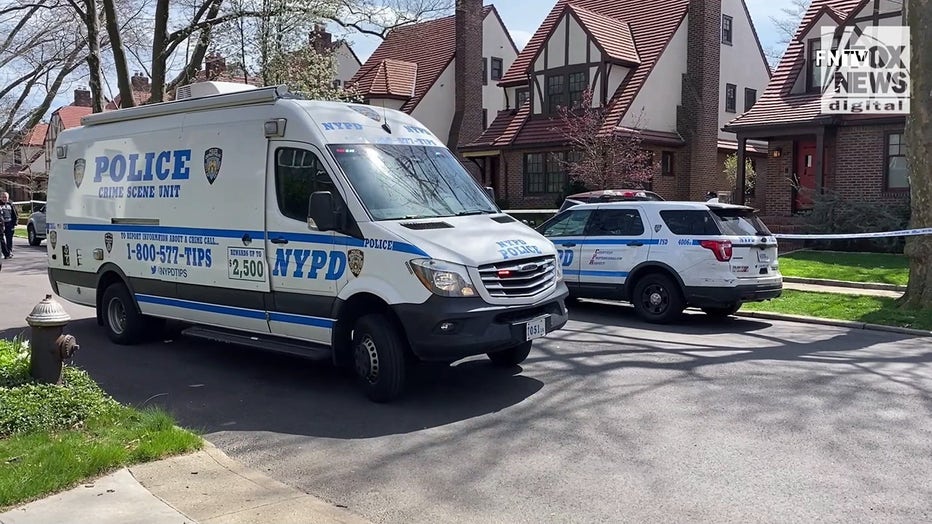 The NYPD secures and investigates the scene of Orsolya Gaal's murder. (Fox News)

Police have been at the family's million-dollar home for days as part of the investigation. They carried out a computer on Monday.

Neighbors said her husband Howard Klein and their older son were out of town over the weekend visiting colleges. Police questioned her other son as part of the investigation but he was not charged.

LINK: Get ongoing updates from FOX5ny.com

Klein told police that he received a threatening text from her phone after the killing, threatening the rest of his family. The NYPD believes that Bonola sent a text alluding to a prior crime committed by someone.

"That message was as previously reported that there had been a crime in the past... that that same person from the crime in the past was back again," Deputy Chief Julie Morrill said. "We believe that to be completely false as far as there was nothing to do with any crime in the past in this case. We have in the confession that [Bonola] sent that message. And he has no burglary in the past.

Morrill added that Bonola and Gaal had recently gotten back together and then split up again.

"They had been off and on and they had broken up prior but had reunited early in the month of April. And their relationship was considered at an end," Morrill said. "He came back this evening to speak about the relationship again." 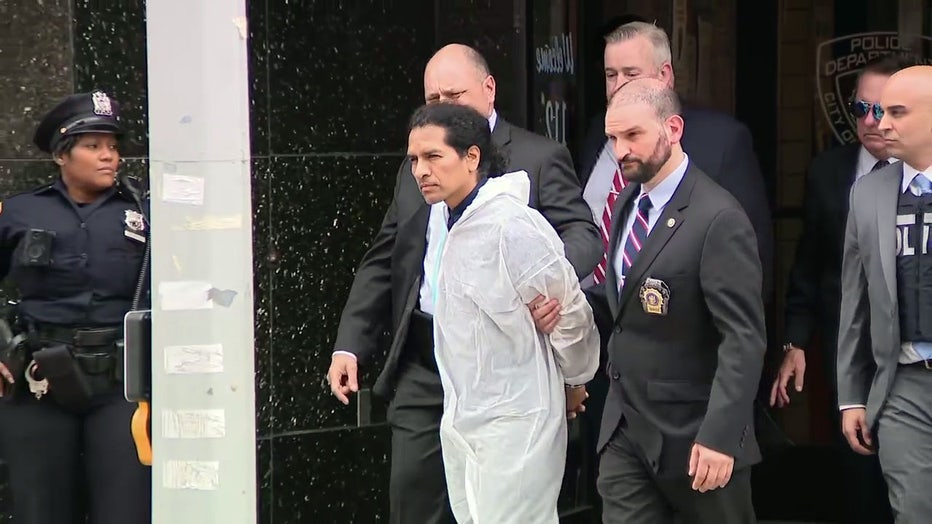 David Bonola is walked out of a NYC police precinct. (FOX 5 NY)

Lt. Timmy Thompson said the investigation revealed that Bonola and Gaal had fought before.

"This stemmed to be a domestic-type dispute that they were having over their intimate relationship," Thompson said. "They started to get into just regular domestic issues that seemed to occur between them."

FOX 5 News reported that Gaal had gone out with friends to see a show at Lincoln Center on Friday night and then spent some at a neighborhood bar called Forest Hills Station. Manager Gabriel Veras said Gaal, who was a regular, had a drink and some food by herself, chatted with staff, and then left alone after midnight, which is consistent with the NYPD's account.

"She was a lovely lady, always very attentive to her family, her kids. Just an amazing person," neighbor Theodora Grafas told reporters. "She was really just wonderful."