Parents warn against the dangers of lithium button batteries

A mother's warning to other parents. Her toddler is recovering from severe complications after swallowing a common button battery.

LONG BEACH, Calif. - Parents of children in the ICU are warning others about the dangers of holiday toys that use lithium batteries. 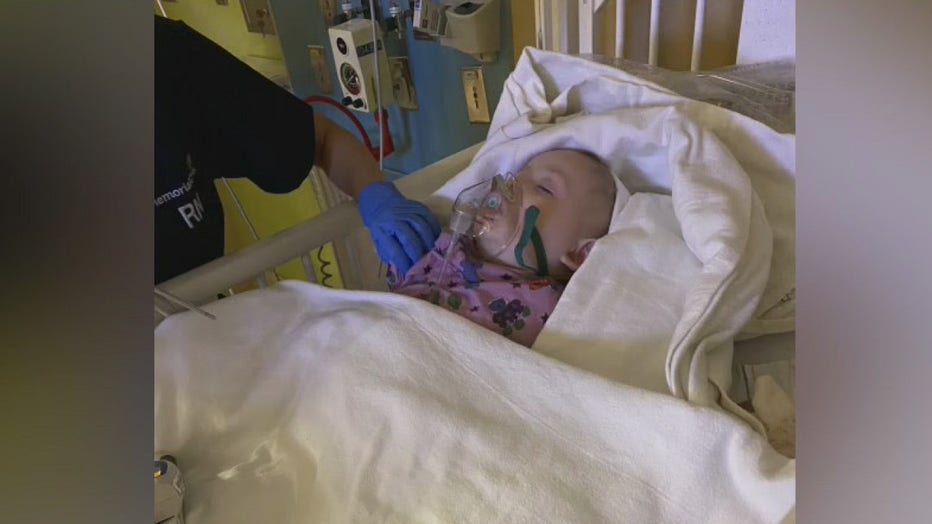 16-month-old Evangaline Joy is recovering at a hospital in Long Beach after a lithium – or "button" – battery severely burned the little girl’s esophagus.

On December 1st, Kristin Kientz says "Evie" was watching her 4-year-old big sister play with a highly-rated Amazon drawing board at their home in Redondo Beach, when the toy fell and the button battery popped out of its locking mechanism. Kientz realized her daughter had swallowed it and immediately called 911.

“Paramedics checked her vitals and said, she looks ok. We can take her to the hospital but she’ll probably poop it out," recalls Kientz. "I did a quick Google search and saw a battery can burn through an esophagus in two hours so in two seconds I was like, we’re going to the hospital."

After a two-hour surgery, doctors removed the nickel-sized battery. “The nurse was crying," says Kientz. "That was the worst moment as a parent when you see the nurse come out of that procedure crying, but she was actually crying out of relief." 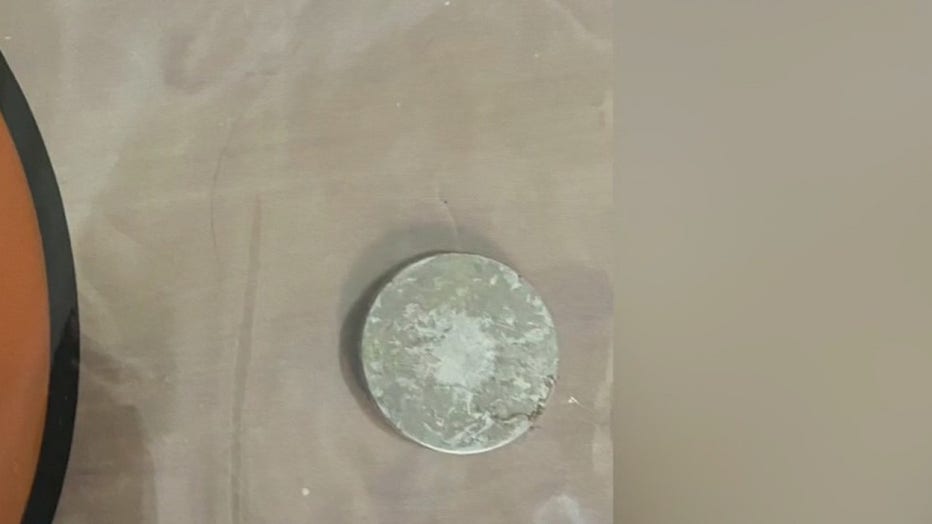 But little Evie is far from healed. She is still in the hospital after a week in the ICU and she hasn’t been able to eat or drink on her own.

It’s a similar story for one-year-old Salima, who got two lithium batteries lodged in her throat in Atlanta a few weeks ago. "It’s been extremely traumatic and emotional for our whole family," her mom, Angelica Hill told our sister station, FOX 23.

Trey Powell, 12, was also recently hospitalized with acidic damage from batteries he accidentally ingested while opening the back of a remote with his mouth. "There’s really not much we hear in the general public about the safety of batteries," says his father, Danny Powell told FOX 23. "Christmas is coming, I bet most toys have lithium batteries in them."

The button batteries are common in household items, toys, remotes and even singing greeting cards. Now, these parents are warning others. "I bought the drawing board without a second thought because I just saw 3,000+ five-star reviews," says Kientz. "How many other parents are buying this item or similar items and they’re just not even thinking? You don’t think of a toy as dangerous."

Experts say batteries can burn through a child’s esophagus in just two hours. "Don’t leave batteries out and make sure to use powered household devices that need a screwdriver to open or that can be secured with strong tape."