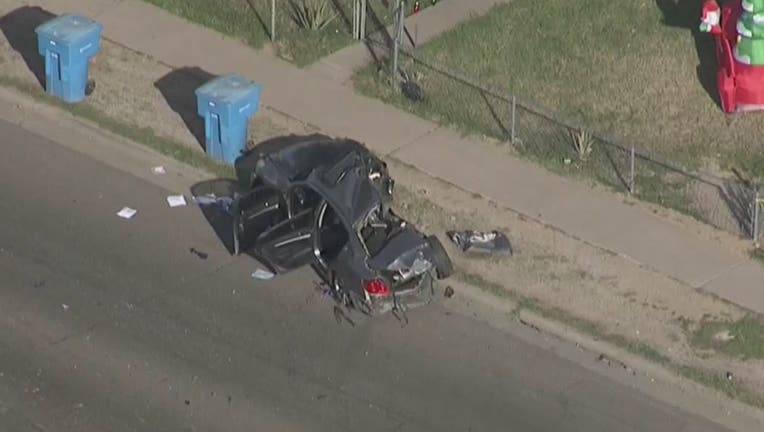 PHOENIX - Police have identified a woman who was killed in a multi-vehicle crash near a south Phoenix intersection.

According to Phoenix police, the crash happened Wednesday afternoon just south of the intersection of 7th Avenue and Southern Avenue. A 79-year-old man who was driving a Chrysler PT Cruiser eastbound on Alta Vista Road slowed down for a stop sign, but didn't completely stop.

As a result, he hit a 2009 Infinity G37 that was driven by 32-year-old Irma Pedroza. Her car then spun around and crashed into a dump truck that was heading northbound on Seventh Avenue.

Pedroza died as a result of the crash. The other two drivers were not injured.

Police say there were no signs of impairment.