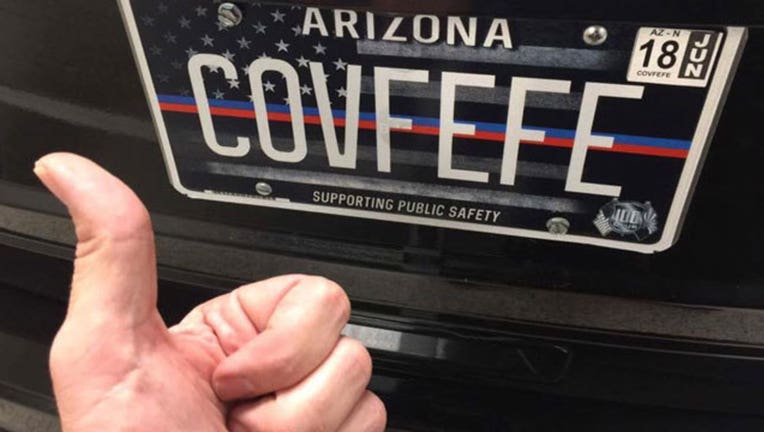 The man's license plate reads "covfefe," which was tweeted by President Trump on May 30.