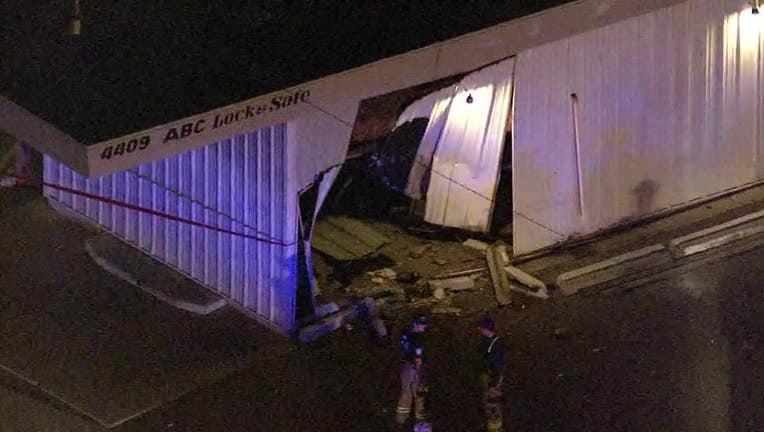 PHOENIX - Phoenix Fire officials say a person was taken to the hospital after a car crashed into a building Friday night.

According to fire officials, crews responded to the incident at around 9:00 p.m., which happened along 7th Avenue, north of Indian School Road. A person inside the car managed to get himself out of the vehicle with the help of bystanders prior to firefighters arriving at the scene.

Crews at the scene were able to extinguish a car fire and keep it from spreading into the building, according to fire department officials.

Phoenix Police will investigate the accident.