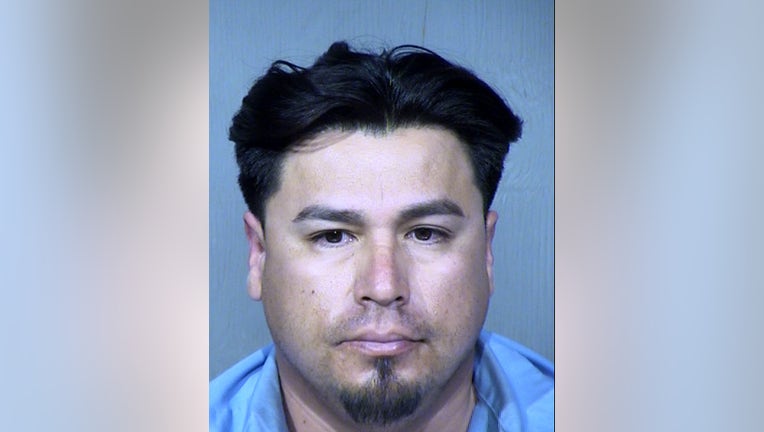 PHOENIX - A Phoenix man is accused of public sexual indecency and aggravated assault on a minor after police say he preyed on two young girls.

Officers say back on September 20, 2019, 35-year-old Steven Ramirez Cortez approached a 9-year-old girl, asked if her father was home, and offered to wait inside until he arrived. Police say Cortez then grabbed the girl by her ankles and tried to lift her over a wall.

According to investigators, "During a dedicated forensic interview, the 10-year-old female victim disclosed attempting to jump a gate when Steven Cortez placed his hands on her shoulders, thighs, and butt, pushing her upward."

Court paperwork states Cortez asked the girl where she goes to school, where she lives and told her how pretty her eyes are.

Police say Cortez also took photos of the children, exposed and touched himself in front of them.

Later, Cortez left the scene at a high rate of speed, driving a silver Nissan Frontier truck. Police say the truck was later identified with another incident where an unknown Hispanic male was reported partaking in the same behavior.

"A witness obtained the license plate to Steven's truck that assisted in identifying Steven," per the police report.

Cortez was positively identified through a photo lineup and on January 24, he was arrested. During a recorded interview, police say Cortez denied the allegation and requested counsel representation.