Detectives placed advertisements on websites, apps and other "local media which are commonly sought out by suspects seeking illegal sex acts," police said in a statement.

Officers say 43 of the 47 people arrested were booked into Maricopa County Jail, while the rest were cited.

The suspects ranged in ages from 22 to 75 years old. 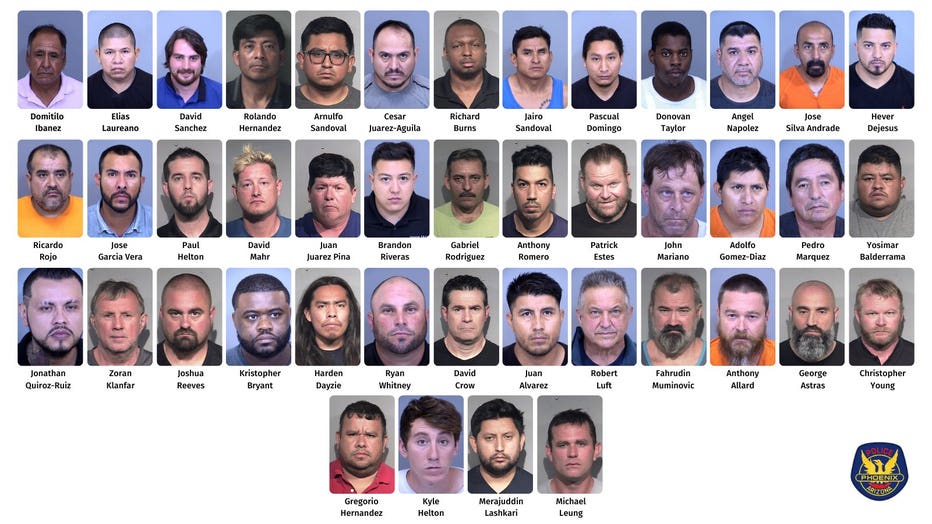