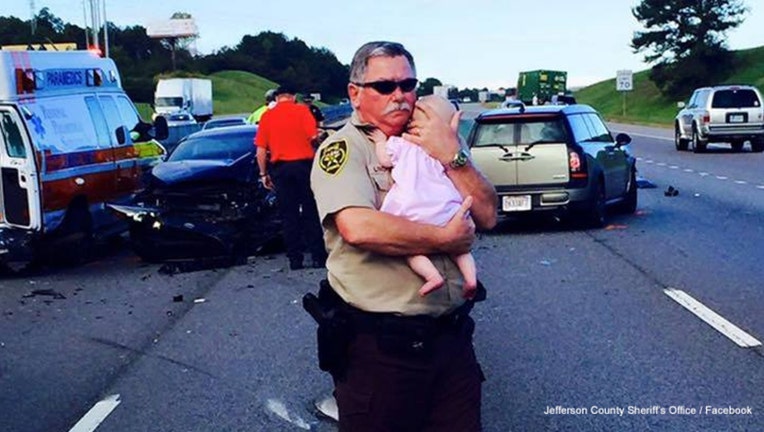 Leeds, Alabama - A sheriff's deputy in Alabama was captured in a photo comforting a baby after a five vehicle crash on Interstate 20 Tuesday morning.

Jefferson County Sheriff's Deputy Ric Lindley can be seen holding the child as he walks away from the wrecked vehicles. Authorities told WVTM an ambulance, tractor-trailer and three passenger cars were involved in the crash. No one was seriously injured.

The sheriff's office posted the image to Facebook, where it had been shared more than 2,000 times by Tuesday afternoon.

Deputy Ric Lindley comforts a child at the scene of a traffic accident on I-20 near Leeds this morning.