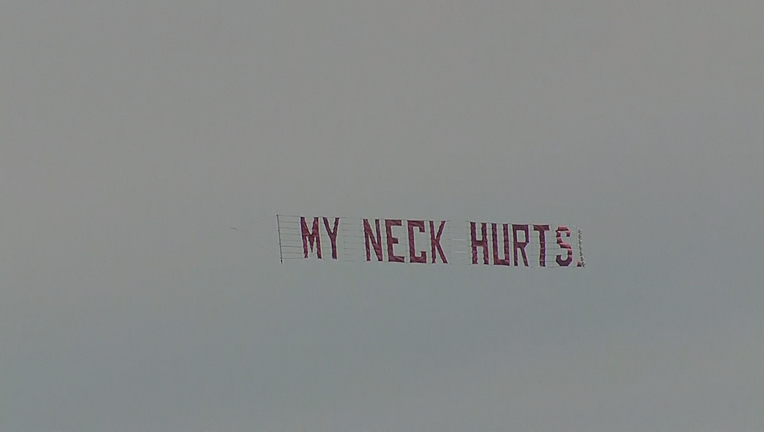 DALLAS - As peaceful protestors were marching through Downtown Dallas Saturday afternoon, a small plane flew overhead with the message: "My Neck Hurts."

The message is in reference to the death of George Floyd in Minneapolis, which is why protestors are marching through several cities across the U.S.

What started as a peaceful protest Friday evening at Dallas police headquarters, ended with small groups breaking off and clashing with police and vandalizing businesses in Downtown Dallas.

Dallas Mayor Eric Johnson and Police Chief Renee Hall condemned the actions of those who damaged and looted businesses.

Hall said officers will be out in full force Saturday to enforce the law and make sure the protests remain peaceful.

Dallas Police Chief Renee Hall said officers will be out in full force Saturday, as there are two more protests scheduled.

Dallas mayor condemns those who vandalized, looted in downtown after George Floyd protest