PHOENIX - One person has been arrested after a pursuit on Phoenix freeways that ended near Sky Harbor Airport on Dec. 18.

The chase began at around 8 PM Friday night after a Dept. of Public Safety trooper tried to pull over a speeding car on the US 60.

The pursuit continued onto the I-10 freeway and State Route 143 before it came to an end near Sky Harbor Airport.

Two people were taken into custody. The passenger has been released, but the driver was booked into Maricopa County Jail.

The suspect's name was not released. 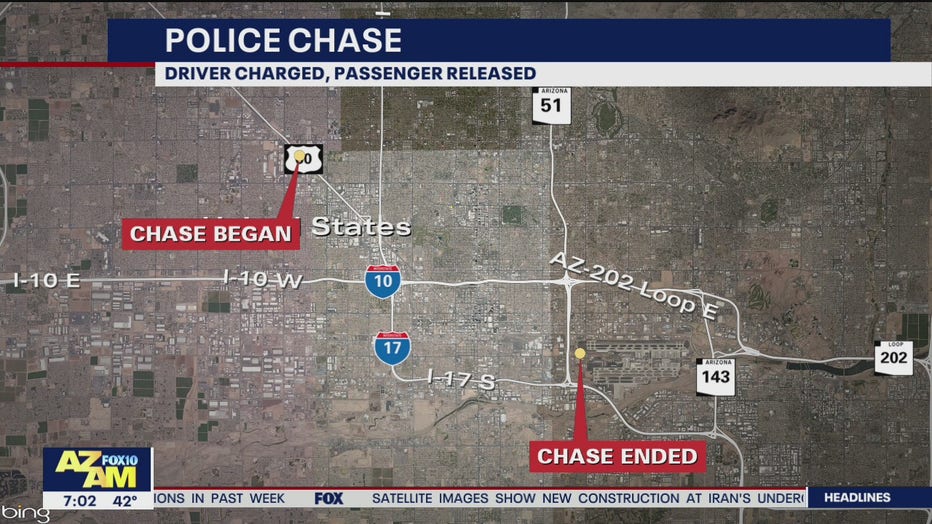 Map of where the Dec. 18 police chase begin and ended in Phoenix.