Members of the task force, according to officials with the United States Marshals Service, were trying to arrest a suspect wanted by multiple agencies in the State of Washington when the shooting incident happened.

TEMPE, Ariz. - Police are investigating after the U.S. Marshals Task Force was involved in a shooting that happened at Tempe Marketplace.

"The incident began this evening when U.S. Marshals Task Force members attempted to apprehend a fugitive wanted for robbery out of King County, WA. Assault, burglary, and theft charges out of Lewis County, WA, and a Washington State Department of Corrections warrant for escape," read a portion of the statement. "

U.S. Marshals officials said when members of their task force tried to arrest the suspect, the suspect, who was sitting in the driver's seat of a car, reached into the backseat and took out a handgun.

"Task Force members fired on the suspect, striking him," a portion of the statement read. "The suspect was taken into custody and first aid was administered on scene prior to him being transported to a local hospital."

No officers or other civilians were hurt, according to officials with the U.S. Marshals. Officials did not release the suspect's identity. 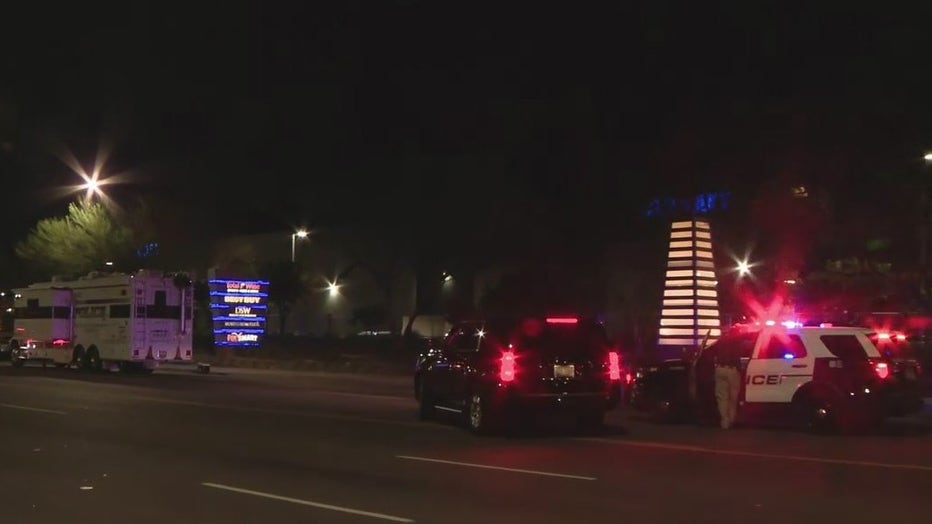