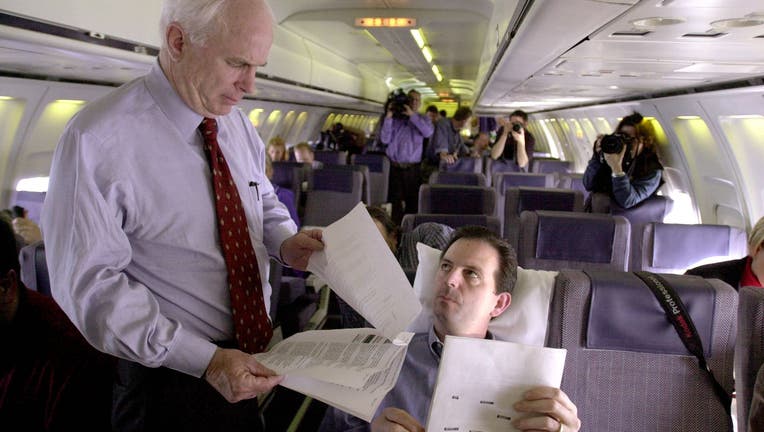 The Lincoln Project responded Sunday to growing allegations against co-founder John Weaver, who’s been accused of harassing several young men online. A New York Times article published earlier in the day reported 21 men said the 61-year-old made sexual overtures to them and sometimes even offered to help them get work in politics.

"John Weaver led a secret life that was built on a foundation of deception at every level. He is a predator, a liar, and an abuser. We extend our deepest sympathies to those who were targeted by his deplorable and predatory behavior," The Lincoln Project said in a statement.

The New York Times reported Weaver sent unsolicited and sexually provocative messages online to young men, often while suggesting he could help them get work in politics. One was reportedly only 14 at the time.

Weaver, a former aide to prominent Republicans like former Ohio Gov. John Kasich and the late Sen. John McCain, is one of the anti-Trump Republicans that helped found The Lincoln Project, a so-called group of "dedicated Americans protecting democracy."

The New York Times reported leaders of The Lincoln Project said they were not aware of allegations against Weaver until earlier this month, when a magazine article and an open letter on Twitter accused Weaver of grooming young men online.

Weaver then reportedly issued a statement, published on Axios, apologizing and acknowledging "inappropriate" messages were sent on his behalf. He also said he has been on medical leave from The Lincoln Project since last summer and would not return to the organization.

The New York Times reported none of Weaver’s alleged messages led to physical encounters, except in one consensual case, and that none of the men accused Weaver of unlawful conduct.

"Rather, many of them described feeling preyed upon by an influential older man in the field in which they wanted to work, and believing they had to engage with his repeated messaging or lose a professional opportunity," the New York Times reported.

"We are disgusted and outraged that someone in a position of power and trust would use it for these means," the Lincoln Project’s statement continued.

"The totality of his deceptions are beyond anything any of us could have imagined and we are absolutely shocked and sickened by it. Like so many, we have been betrayed and deceived by John Weaver. We are grateful beyond words that at no time was John Weaver in the physical presence of any member of The Lincoln Project."