PHOENIX - One group of people working overtime right now is roofers. A lot of homes in the Valley are in need of repair following storms over the past two weeks.

An area, in particular, that got a bad hail storm was Laveen.

Thomas Farrar says the storm ripped up his yard and damaged parts of his roof. Now he is taking extra precautions.

"A lot of people are calling because storms are coming and we need to make sure nothing is going on before storms get here," said Jeremey Crandall, Service Department Manager at Lyons Roofing.

Lyons Roofing came out to inspect, and they found some broken parts, but Farrar isn't the only one who sustained damage from the hail and strong winds.

"From missing turbine vents getting fully ripped off to whole patios with roofing material missing, it is really crazy," said Crandall.

Lyons says their call volume has greatly increased. They are trying to repair from the last storms and prepare for the next one too.

Lyons gave Farrar the OK so he is feeling confident for the storms to come.

"I think for the rain we will be getting it won't be a problem," said Farrar.

Lyons says if you have some leaking in the coming days, of course, put a bowl under the leak and be patient with the roofers as they experience this increase in calls. 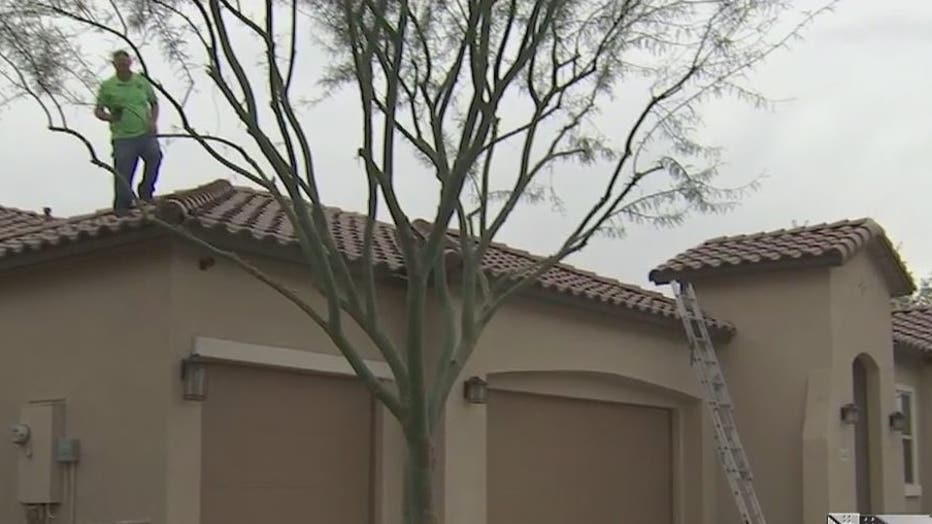