A lot of people saw the red nose over the weekend, during the annual Grand Avenue Festival.

PHOENIX - The Donald Trump billboard in downtown Phoenix now has a red clown-like nose on the face of the president.

Many people saw the red nose over the weekend during the Grand Avenue Festival.

The billboard is located on Grand Avenue near 11th Avenue.

FOX 10 has learned the nose was put up sometime Friday night. It's unclear who put it up there or how long the nose may stay there.

The billboard went up in 2017 and is owned by Beatrice Moore who commissioned the art, created by California artist Karen Fiorito. 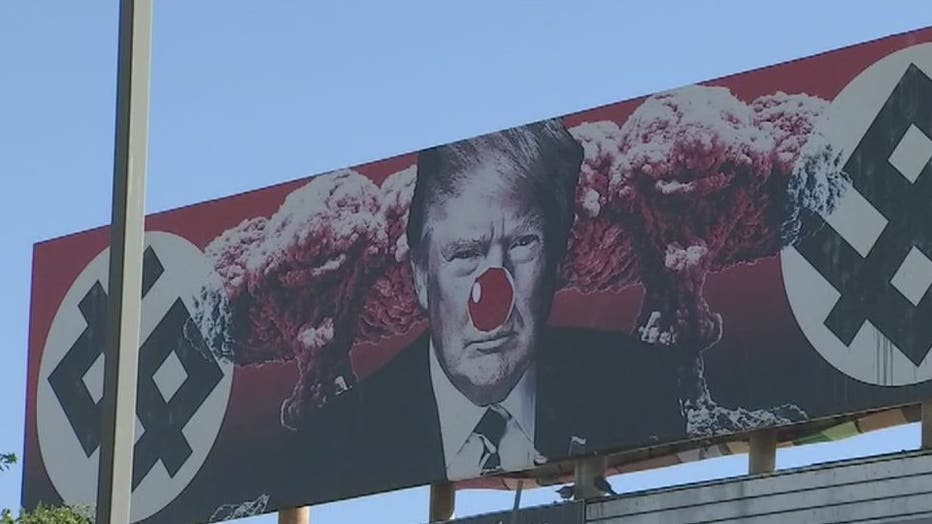