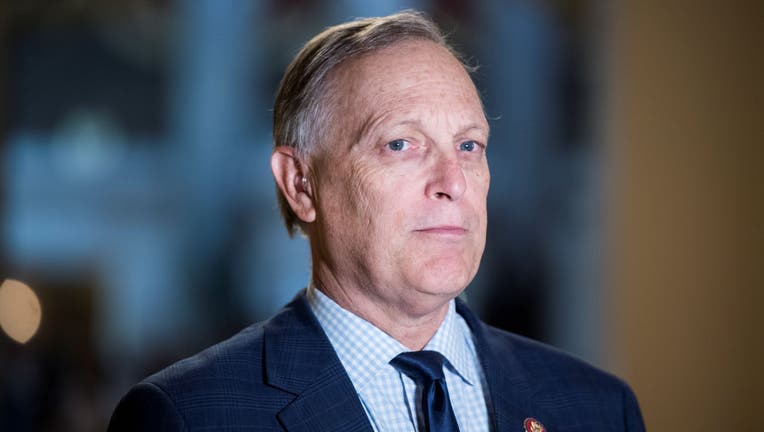 PHOENIX - Rep. Andy Biggs, R-Ariz., denied any part in organizing the mob attack on the U.S. Capitol earlier this month that left five people dead, saying the allegations against him are an "assault on my reputation."

Self-proclaimed right-wing activist Ali Alexander, in a video posted to social media at the end of December, claimed that he and Reps. Biggs, Paul Gosar, R-Ariz., and Mo Brooks, R-Ala. worked together to organize the Jan. 6 "Stop the Steal" rally.

The crowd of thousands was addressed by President Trump, who urged them to "fight" and march to the Capitol. The goal of the rally was to pressure Congress to vote against certifying the results of the election for Joe Biden.

"We four schemed up of putting maximum pressure on Congress while they were voting so that ... we could change the hearts and the minds of Republicans who were in that body hearing our loud roar from outside," Alexander said in the now-deleted video that was archived and reported by Jason Paladino, an investigator at the Project On Government Oversight.

Biggs said in a statement Friday that he has "no idea" why Alexander would make such claims, insisting that "all of the allegations are false."

Biggs said "many on the left" have accused him of playing a role in planning and funding the rally and insurrection -- even leading reconnaissance tours of the Capitol prior to the riot.

The congressman insisted he was not aware of the planned demonstrations or riot on Jan. 6.

Even after the violent storming of the Capitol -- which disrupted the joint session of Congress and forced lawmakers into hiding -- Biggs and Gosar refused to certify Arizona's 11 electoral votes for Biden.

Biggs denied having had any contact with Alexander either by "phone, text, social media or email." He added in his statement that the "lies" have "resulted in death threats against my family and me, as well as several other conservative Members of Congress who’ve been similarly defamed."

Biggs has been castigated by his own family -- his two brothers lambasted him over his efforts to cast doubt about Biden's victory in the election. The siblings wrote in a letter to the Arizona Republic that Biggs is "at least partially to blame" for the insurrection that left five people dead.

The Arizona Republican Party in early December also raised eyebrows in light of the Capitol riot, after they retweeted a post from Alexander who wrote, "I am willing to give my life for this fight."

A government watchdog group has urged the House Office of Congressional Ethics to investigate Biggs and other lawmakers for possible involvement in the insurrection.