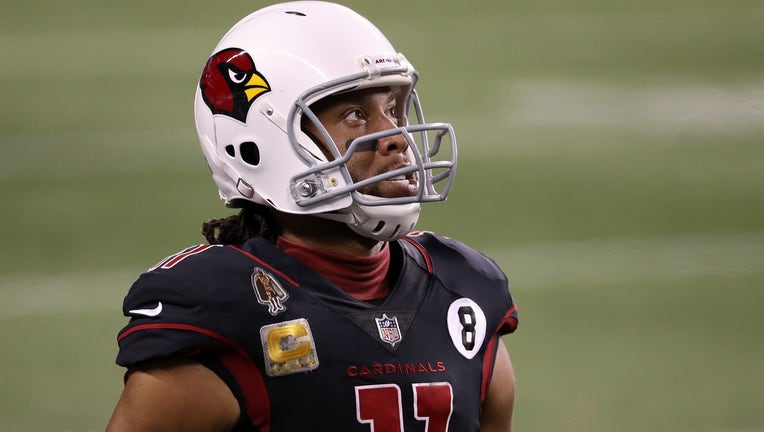 SEATTLE, WASHINGTON - NOVEMBER 19: Larry Fitzgerald #11 of the Arizona Cardinals stands on the side of the field during their game against the Seattle Seahawks at Lumen Field on November 19, 2020 in Seattle, Washington. (Photo by Abbie Parr/Getty Ima

PHOENIX - Arizona Cardinals wide reciever Larry Fitzgerald will miss his team's game against the Patriots on Nov. 29 after testing positive for COVID-19, according to a report from the NFL Network.

The report states that he tested positive on Thursday, but the Cardinals have yet to make a statement on this development.

Fitzgerald has not missed a game since the 2014 season. The wide receiver has 43 receptions for 336 yards, ranking second on the team behind DeAndre Hopkins, who has 72 catches for 912 yards.