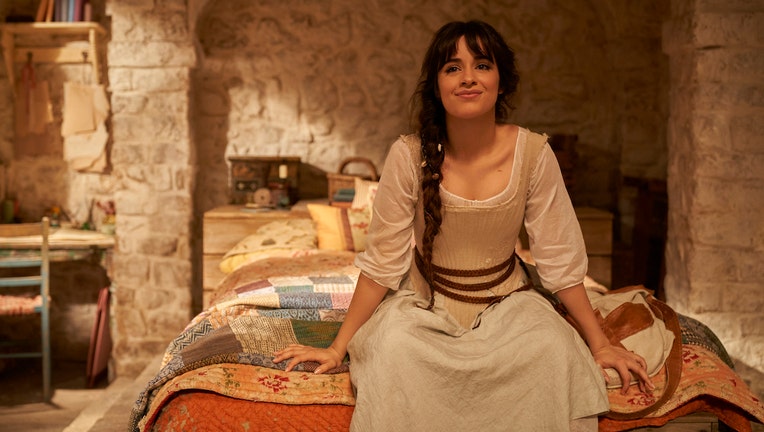 Washington, D.C. - If cinematic adaptations of classic stories reflect the time in which they’re made, filmmaker Kay Cannon’s musical "Cinderella" embodies a bleak present. Unwilling to deviate from its narrow lens of girl-boss feminism, this "Cinderella," arriving courtesy of Amazon Studios, feels like an algorithm rather than entertainment.

Practically every element, in particular the limited titular performance from singer Camila Cabello, falls flat. "Cinderella" is motivated only by a vague sense of "girl power," and that would be tolerable if the end result weren’t so broad and bland.

About "Cinderella": a watered-down version of braver adaptations

Aside from the inspired casting of Billy Porter, "Cinderella" is fairly predictable in its modernization choices. Insist that women should marry for love, work outside the home, and be allowed to rule a country: check, check, and check. All of that stuff is theoretically well-intentioned, but is advocating for any of these ideas really so revolutionary in 2021?

Decades ago, two "Cinderella" adaptations already hit these same marks. Walt Disney Television’s 1997 version, starring Brandy Norwood, Whoopi Goldberg and Whitney Houston, featured an inclusive cast who put their own spins on the Rodgers & Hammerstein musical. And 1998’s "Ever After" presented Drew Barrymore’s Danielle de Barbarac, a stand-in for Cinderella, as thoughtful, passionate, and unafraid to speak her mind.

Every generation should get the ability to tell its own story. But this new "Cinderella" is difficult to enjoy when it resembles a watered-down version of braver adaptations, and when its primary update to the source material suggests that your real worth as a woman is determined by how much wealth you can accumulate.

Cinderella is still conventionally beautiful and desired by many men. The only real difference here is that the special gown she made for herself in the source story — a manifestation of her strength and willpower — is now reconfigured as a way for Cinderella to make money. She looks happier accepting 15 silver coins from Prince Robert (Nicholas Galitzine) for a dress sale than she is returning his kiss, and while "Cinderella" thinks that may be progress, it makes you wonder: Would Amazon have granted Cinderella a bathroom break in between her grueling sewing shifts? 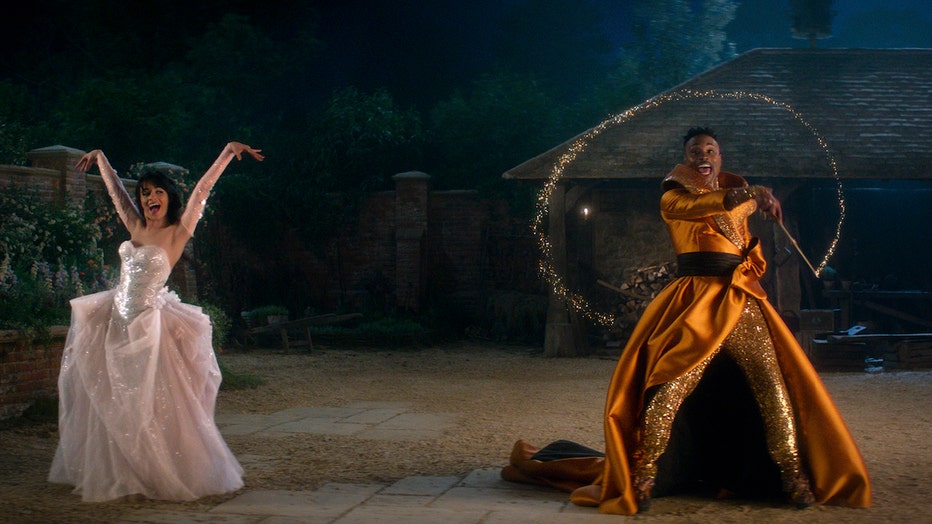 Practically every detail of "Cinderella" is reconfigured to appeal to a certain liberally-minded audience. In an "old-fashioned kingdom bound by tradition," as Billy Porter’s Fabulous Godmother (or "Fab G") tells us in voiceover narration, Ella (Cabello) clings to a dream.

Mockingly called "Cinderella" by her stepmother Vivian (Idina Menzel) and stepsisters Anastasia (Maddie Baillio) and Drizella (Charlotte Spencer), Ella wants to be a dressmaker and own her own shop. But Vivian (who, of course, had her own stifled dream once) refuses to let Cinderella pursue that goal. Instead, she wants her daughters to marry rich.

Cinderella bucks against that idea, and her vivaciousness catches the eye of Prince Robert, who is also fighting against his parents’ expectations. (You can tell because he wears a hoop earring.) His father, King Rowan (Pierce Brosnan), wants Robert to marry another noble, while his younger sister, Princess Gwen (Tallulah Greive), wants the crown for herself.

Sparks fly between Robert and Cinderella. But the only reason she agrees to attend a ball held to find him a wife is because he convinces her it’s a networking opportunity, and so "Cinderella" effectively saps its love story of tension by removing any mystery regarding Cinderella’s identity. Will Cinderella choose Robert and being a "future queen," as Porter drawls, or a career as a businesswoman?

See "Cinderella" for Billy Porter and a strange soundtrack

So much of "Cinderella" is thinly rendered, including Cabello’s performance, which aims for quirky but lands on clumsy, and the costumes, with an overreliance on one-shoulder gowns straight from the proms of the aughts. Cannon’s screenplay consists of dialogue meant to elicit short-term outrage (Vivian’s "Every girl is worth more when she smiles") or like-minded sympathy (Robert’s "I’m just trying to do my part to correct a flawed system"). But the lines are anachronistically forced, and inauthenticity the vibe.

Also slightly off are the film’s soundtrack choices. Expect a cover of Jennifer Lopez’s "Let’s Get Loud" (now immortalized in a viral video of a flash mob the cast unleashed upon Los Angeles traffic) and mashup of the White Stripes’ "Seven Nation Army" and En Vogue and Salt-N-Pepa’s "Whatta Man," plus a Cabello original ("Million to One"). Neither the choreography nor the staging of these big numbers is especially memorable. Porter and George Gjiggy Francis, who plays a rapping guard, easily run away with the film.

The most unintentionally revealing moment of "Cinderella" comes when Porter’s Fab G is outfitting Cinderella for the ball, and in congratulating her on the invite, says she’s going to "meet a bunch of rich people who will change your life." By taking Cinderella’s power away from herself and handing it to the wealthy, this adaptation betrays its message of independence.

Roxana Hadadi is a film, television, and pop culture critic. She is a member of the Washington DC Area Film Critics Association, the Alliance of Women Film Journalists, and the Online Film Critics Society, and is a Tomatometer-approved Top Critic on Rotten Tomatoes.

Prepare to see "Cinderella" with these free movies on Tubi:

Little Tin Man (2013): "Cinderella" writer/director Kay Cannon stars in this comedy, which imagines what a Martin Scorsese remake of "The Wizard of Oz" might look like.

Cinderella (2011): This TV adaptation transports the classic fairy tale to Rome in the 1950, and centers on a pianist named Aurora. Featuring Giada Benedetti.

Cinderella: Conspiracy at the Emerald Castle (2007): A title for the ages! This animated family-friendly take puts a unique spin on the fairytale.