The incident, according to officials, ended with a shooting in the area of 75th Avenue and Southern. FOX 10's Lauren Clark reports.

PHOENIX - Officials with the Goodyear Police Department say an investigation is underway following an officer-involved shooting in Laveen.

The incident began to unfold at around 1:00 p.m. on Jan. 19, when, according to a statement, officers were in the process of catching an adult suspect from an armed robbery that happened in Goodyear on Jan. 15.

The armed robbery, according to officials, took place at a smoke shop in Goodyear. The cashier was reportedly held at gunpoint, but police say no injuries were report ed.

The pursuit, according to officials, ended in the area of 75th Avenue and Southern, where officers surrounded the vehicle the suspect was in.

"Unfortunately, it escalated to a lethal confrontation. The suspect was shot by police," read a portion of the statement. "Lifesaving measure were performed on scene, and the suspect was pronounced deceased on scene."

The suspect was identified by police as an adult Hispanic male, and a handgun was recovered at the scene, near the suspect.

Glendale Police will reportedly take over the investigation. 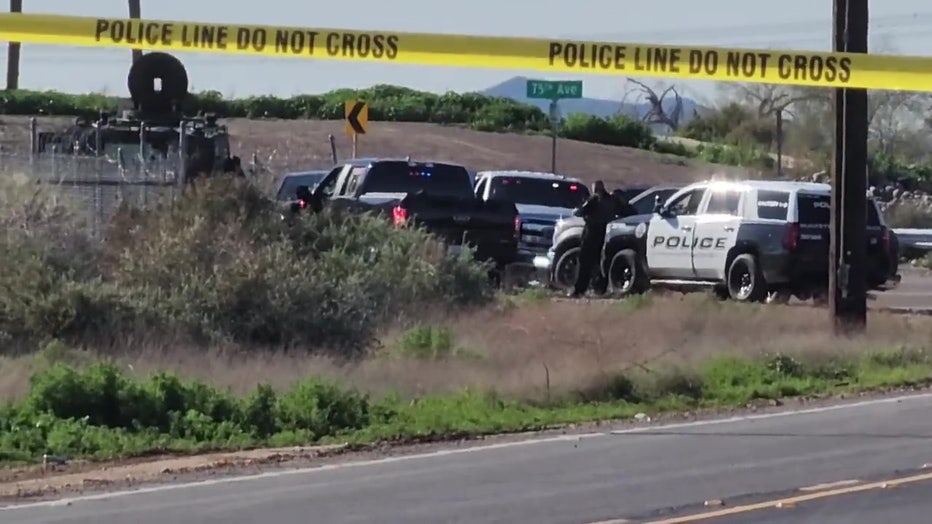