Pearce, an Arizona state lawmaker who was known for his role in the passage of a controversial immigration bill known as SB1070, passed away after falling ill, according to members of his family.

PHOENIX - Russell Pearce, a former Arizona lawmaker who was known for his role in the passage of a controversial bill known as SB 1070, has passed away.

According to a statement released by officials with the Arizona State Senate Republican Caucus, Pearce passed away at his home in Mesa.

"Our deepest condolences and prayers go out to the family and friends of former Arizona State Senate President Russell Pearce," read a portion of the statement.

In a separate statement, Pearce's family said he passed away after falling ill.

"We have been blessed to have him here these past 75 years," read a portion of the family's statement.

Pearce, according to the statement issued by the State Senate Republican Caucus, served with the Maricopa County Sheriff's Office for over 20 years. He later worked at the Arizona Department of Motor Vehicle before serving as a state lawmaker from 2006 to 2011, and was the State Senate President during his last year in office.

Known for role in immigration bills

Pearce rose to brief national prominence more than a decade ago while advocating for tougher border policies for Arizona, one of the busiest hubs for illegal immigration in the United States. He was the lead sponsor of SB1070, which required law enforcement officers to inquire about suspects’ immigration status if they had reason to believe they were in the U.S. illegally.

It was the toughest anti-immigration law in the nation and prompted calls for organizations to cancel conventions in Phoenix, a huge source of income for Arizona’s largest city.

"The law was not only anti-immigrant, it was anti-Arizona," said Lydia Guzman, a prominent civil rights advocate who during that period operated a hotline for migrants who were in the U.S. illegally. "People were not coming to Arizona because the law was so unjust, traumatizing such a vulnerable community."

Activists in the city’s rapidly growing Latino community criticized Pearce for portraying immigrants as lawbreakers. The controversy over the law ultimately fueled the creation of local civil rights groups that registered growing numbers of Hispanic U.S. citizens to vote and become involved in their neighborhoods.

But SB 1070 also tapped into the fears and frustrations of others about the porous southern border and the possible effects immigration could have on their lives in metro Phoenix.

Legal challenges were filed over SB1070′s constitutionality and its compliance with civil rights law., with detractors arguing that the law encouraged the racial profiling of Latinos. The U.S. Supreme Court upheld the provision requiring immigration status checks during law enforcement stops but struck down three other provisions.

Pearce earlier backed other anti-immigration measures, including a voter-approved law that denied bail to immigrants who were in the U.S. illegally and charged with a range of felonies that included shoplifting, aggravated identity theft, sexual assault and murder. That 2006 law was later struck down by an 11-member panel of the 9th U.S. Circuit Court of Appeals for violating due process rights by imposing punishment before trial.

Another law punished employers who hired workers who were in the U.S. illegally, drawing protests from business owners and prompting droves of immigrants to flee to other states or return to their home countries.

"Why in the world do (immigrants in the U.S. illegally) think they have a right to break the law?" Pearce was quoted as saying in a 2008 Associated Press article. "And we are the bad guys for insisting that the law be enforced? The public doesn’t agree with that."

Amid changing demographics in Arizona, fierce community opposition to Pearce’s measures sparked a November 2011 recall election that ousted him from the state Senate, where he served as president.

According to documents provided by the Arizona Secretary of State's website, a group that called itself Citizens For A Better Arizona initiated the recall against Pearce in 2011, accusing him of failing to focus on issues and concerns that affect all Arizonans.

The year after he became the first person ever recalled from the Arizona Legislature, Pearce lost a comeback bid in the Republican primary for a state Senate seat. 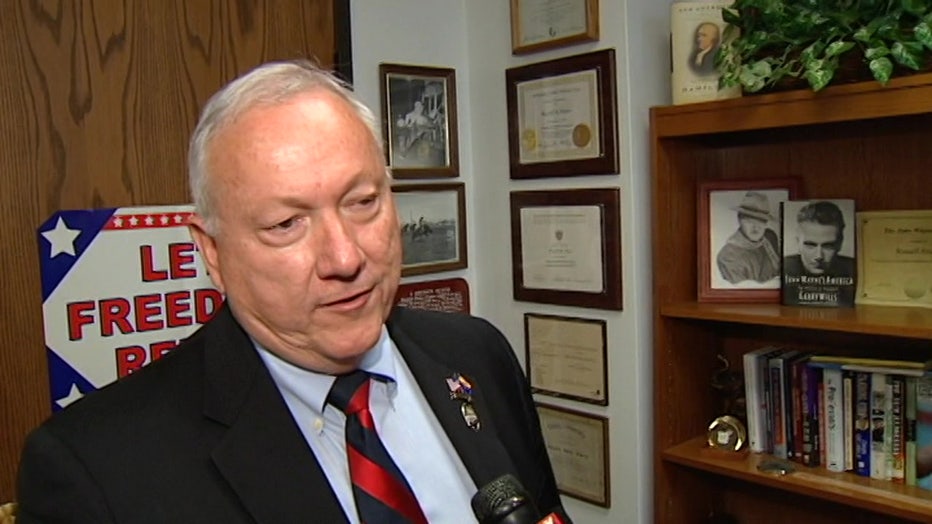