Dandrae and Smiley Martin have been arrested in connection a deadly mass shooting in Sacramento, and they both have ties to Arizona, some violent.

PHOENIX - Twenty-six-year-old Dandrae Martin has been arrested in connection with the Sacramento, California shooting on April 3 that claimed the lives of six people and left a dozen others hurt.

Martin was arrested just after midnight on April 4 and was booked in jail on suspicion of assault and illegal firearm possession charges, the Sacramento Police Department said. Authorities believe there are multiple suspects in this mass shooting.

Investigators said they located hundreds of pieces of evidence – including a stolen handgun and video from a police camera at the intersection where gunfire first erupted.

Martin hasn't been named as the shooter in the incident.

This wasn't Martin's first run-in with the law – he's served a few years in an Arizona prison. 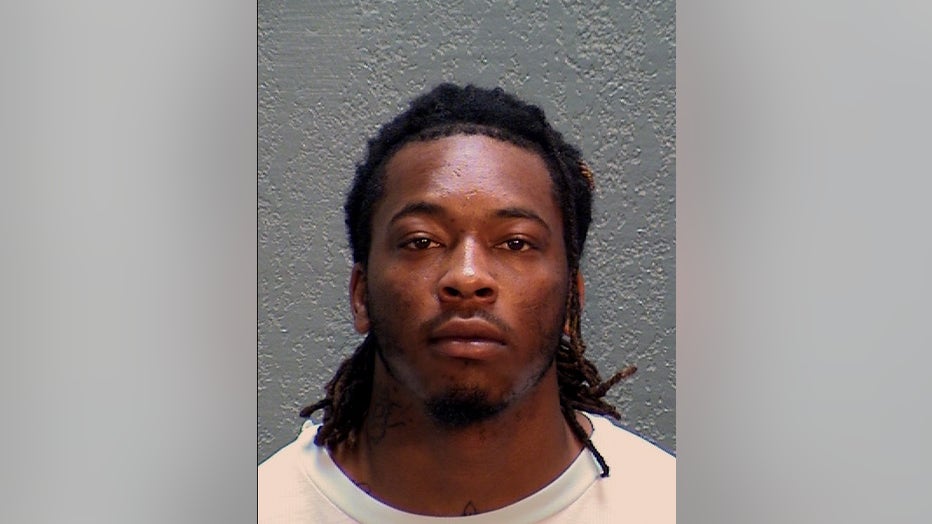 Martin is the very first arrest in this shooting, and he's faced multiple charges and convictions in Maricopa County.

He was freed from an Arizona prison in 2020 after serving just over 1 1/2 years for violating probation in separate cases involving a felony conviction for aggravated assault in 2016 and a conviction on a marijuana charge in 2018.

Court records show he pleaded guilty to punching, kicking and choking a woman in a hotel room when she refused to work for him as a prostitute.

He was also wanted on a misdemeanor warrant by the Riverside County Sheriff’s Department in Southern California.

In 2021, he failed to appear in court in Maricopa County on a traffic ticket.

As for the second suspect, Martin's brother, Smiley Martin, plead guilty to a marijuana charge in 2013. He also hasn't been named the shooter by authorities.

Victims deaths impacting those all over

Memorials with candles and flowers began to grow on sidewalks where video showed people screaming and running for shelter as gunshots rang out and others laying on the ground writhing in pain. One balloon had a message on it saying in part: "You will forever be in our hearts and thoughts. Nothing will ever be the same."

California has some of the nation’s toughest restrictions on firearms, requiring background checks to buy guns and ammunition, limiting magazines to 10 bullets, and banning firearms that fall into its definition of assault weapons.

But state lawmakers plan to go further. A bill getting its first hearing Tuesday would allow citizens to sue those who possess illegal weapons, a measure patterned after a controversial Texas bill aimed at abortions.

Other proposed California legislation this year would make it easier for people to sue gun companies and target unregistered "ghost guns."

The California Assembly held a moment of silence Monday in honor of the victims.

The Associated Press contributed to this report. This story was reported on from Phoenix, Arizona.