This week, U.S. Senator John Cornyn introduced legislation set to give relief to music venues that have been shuttered since the pandemic.

DALLAS - This week, U.S. Senator John Cornyn introduced legislation set to give relief to music venues that have been shuttered since the pandemic.

With concert tours postponed by up to a year, they're unable to rely on PPP loans as part of the CARES Act.

Bars are closed in Texas, and that includes live music venues. For now, once bars reopen, music venues are still going to be months behind.

They say the music never stops at Deep Ellum Art Company. But once the pandemic hit, it did.

John LaRue and his wife started the venue a few years ago.

“This business isn’t just us. It’s so many people in this community,” he said.

LaRue says they were just starting to turn a profit. Now, they’re barely hanging on.

“The tunnel seems really, really long,” he said. “I don’t see any light at the end of it yet.” 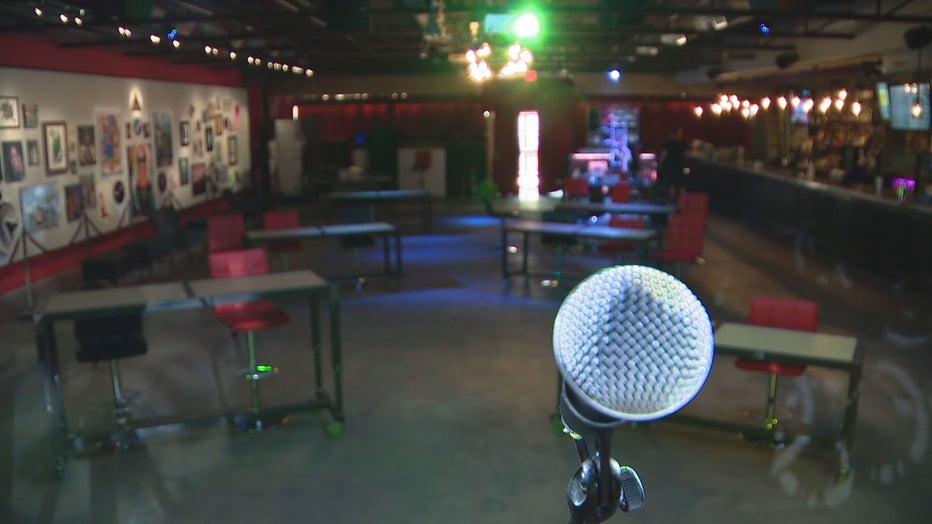 The Save Our Stages Act is a bill co-authored by Republican Texas Senator John Cornyn and Democrat Minnesota Senator Amy Klobuchar that, if passed, would establish a $10 billion grant program geared toward live venues.

“It’s an attempt to fill a gap that I think is in need of being filled,” said business attorney Mishty Deb. “And small businesses that qualify are going to qualify for 45 percent of their 2019 operating costs.”

Deb says the Small Business Administration’s PPP loan program didn’t exactly help music venues in the way it did some other small businesses.

“Because PPP is designed on retaining employment and keeping businesses open for the next two months,” Deb said.

Governor Greg Abbott closed Texas bars for now. But the pandemic has forced a number of Dallas music venues, like Lizard Lounge, to close for good.

The ones still holding on might be the last ones to get back on track.

That’s because venues book bands months in advance. So once bars reopen, it’ll be a while before touring bands can take center stage.

“And all the holds that we’re getting for concerts are mostly starting in 2021 now,” LaRue explained.

But LaRue is grateful that legislation could help.

“I’d say there’s nothing left to do but smile, smile, smile,” he said. “But you can’t see it behind the mask. You just have to read the eyes these days.”

Senator Cornyn says the culture around Texas dance halls and live music has shaped generations, and this legislation would give them the resources to reopen their doors.