The man, who went by a number of aliases, is legally known as Robert Francis Alexander, and he was allegedly collecting on behalf of the Wounded Warrior Project for a charity golf tournament. The tournament did not exist, according to Scottsdale Police. FOX 10's Justin Lum reports.

SCOTTSDALE, Ariz. - A Scottsdale man is under arrest and accused of running a charity golf tournament scam to benefit injured veterans.

57-year-old Robert Francis Alexander was reported by several people to have been collecting money on behalf of the Wounded Warrior Project for a charity golf tournament.

"The golf tournament did not exist, and the Wounded Warrior Project charity had no knowledge of Alexander, nor his activity. It was also reported Alexander was collecting money as an investment in purchasing golf balls to be sold in and around Scottsdale," the Scottsdale Police Department said.

Officials with the Wounded Warrior Project have also released a statement, which reads, in part:

Individuals who fraudulently fundraise using Wounded Warrior Project’s name undermine the trust of our supporters. We will cooperate fully with law enforcement’s investigation. We encourage anyone who suspects fraud to contact your state or local consumer protection office.

One of the alleged victims speaks out

Alexander is said to have been leading several fraudulent schemes. He was arrested on Aug. 8.

According to investigators, Alexander does not have a job, and investigators also accuse Alexander of defrauding people to live on their money and pay his bills.

Police officials said Alexander, who also went by a number of other names like ‘Rob Anderson’ and ‘Tim Simpson,’ was arrested after several alleged victims came forward.

Investigators said from May through July, Alexander allegedly spent his time convincing golfers to play in a fake tournament that was reportedly set at Silverleaf Golf Course. One alleged victim reportedly paid $900 for two player entries, while another allege victim, who investigators say met Alexander at a golf course,e paid Alexander $700 for a tournament spot.

Officials with Silverleaf reportedly told a detective that five to 10 people called about the event that was never happening.

One of the alleged victims, who is an Army veteran, talked about what happened.

"It just felt like he was a dad or something," said Lindsay Meisner. "He just seemed like a normal, nice person."

Meisner, who says her daughter has Cystic Fibrosis, said she does not believe she will ever see her money back.

"It made me feel like an idiot because I can't believe I would trust somebody like that. Like, he met my daughter. I don't sleep at night, It's disgusting," said Meisner.

Alexander, according to officials, was sentenced to Federal prison for eight years in 2005, after he reportedly defrauded victims by promising a return on golf ball investments. He was ordered by the Arizona Corporation Commission to pay back nearly $400,000 in restitution to victims.

Alexander also had other theft and bad check-related arrest warrants, stemming from two cases in 2019 and 2020, according to officials.

The police department urges anyone who thinks they might have been a victim of a similar scam to contact its non-emergency number at 480-312-5000. 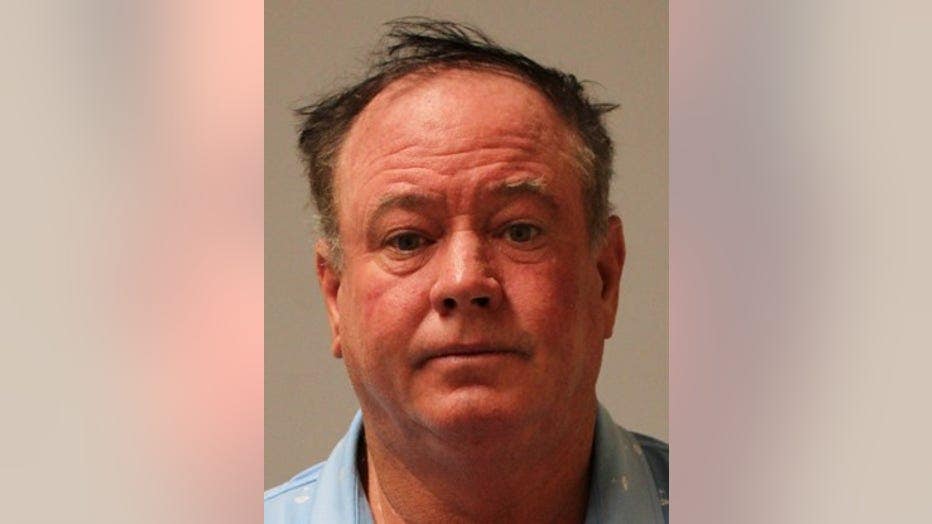