SCOTTSDALE, Ariz. - A wrong-way driver in Old Town Scottsdale injured officers and pedestrians during a traffic stop in front of a nightclub Saturday evening, the police department said.

At around 10:45 p.m. on Dec. 3, a driver, identified as 29-year-old Nelious E. Horsley III, was headed the wrong way on Saddlebag Trail. Horsley stopped for two officers, but the passenger tried to leave the car.

Officers told the passenger to stay in the car, but they reportedly became argumentative. Additional help was requested, and two more officers showed up.

The other officers were also hit as the car took off. They're going to be OK.

As Horsley continued, two pedestrians were hit but weren't hurt.

Police say Horsley was arrested not long after because they still had his ID and was able to find him at home. He's accused of aggravated assault with a deadly weapon, aggravated assault on a police officer, endangerment and felony flight.

"He was not charged with hit-and-run because the pedestrians did not wish to aid in prosecution," police said, adding, "Scottsdale Police are not looking for the passenger involved in the original incident." 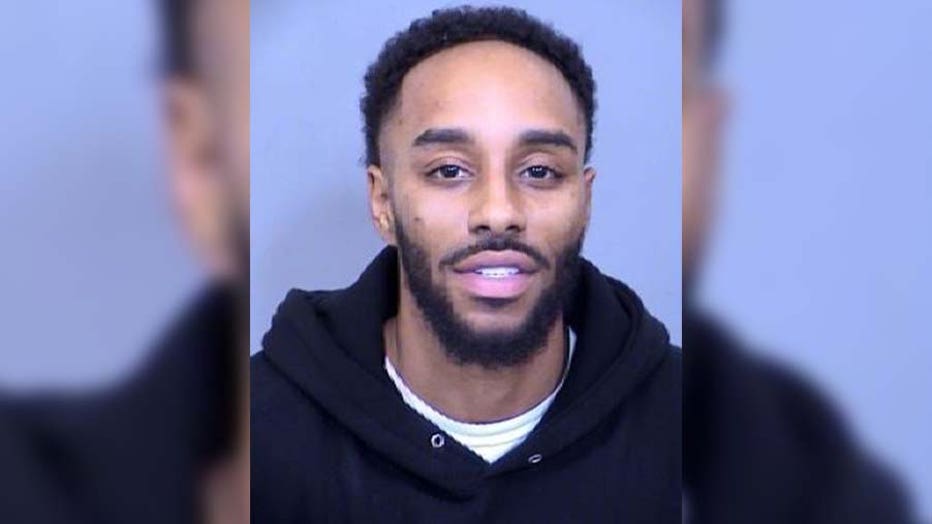